Currently, ways are only one dimensional. They may contain a width tag, but for maps at very high zoom levels, that is not enough information for an accurate two dimensional representation. The situation basically is the same as for waterway=riverbank, where you have a way representing the river and an additional area around it to represent the physical dimensions for rendering purposes. Based on the suggestion of another user in a thread in the german forum, I propose a new key to fill this gap (which is already used by some users).

Values are the same as for the current highway=* tag, under the lists "roads" or "paths". In addition to that the value "junction" can be used (see below). Other values, like barriers could be evaluated on an individual basis later on, if and how they could be integrated in a 2D style, but those should be handled in separate proposals.

Optionally the following tags can be used to further define an area:highway and which could be evaluated when rendering 2D or 3D maps:

Mockup screen on how it could be rendered (zoom level 19, zoom level 16, JOSM): 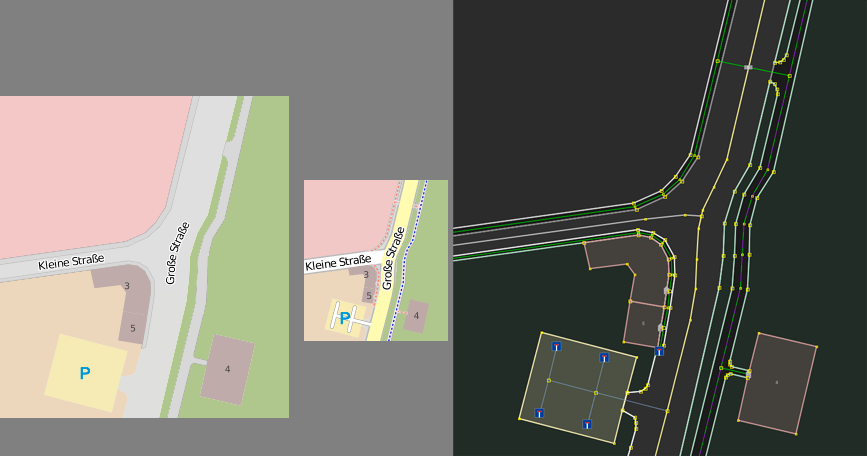 Please note that the graphic is from the thread in the german forums and therefore a bit outdated, since the residential road and the tertiary road should be mapped as separate areas.

Several visualized examples of places where it is tagged can be seen here, too.