This page contains information relating to mapping activity that is specific to România.

The Romanian mappers would like to start an ONG to better support this project. You can find more information about why this is needed and add yourself to the list of interested people by visiting the LocalChapterRomania page.

The existing and planned motorway network of Romania is described below. As you can see, there is a lot to do...

As this information is too big to put here we have a new page for this:

The existing railway network of Romania is described below. As you can see, there is a lot to do...

Have a look in Category:Users in Romania

Kaart conducts ground surveys for improvements to OSM data. A list of editors can be found on the here. 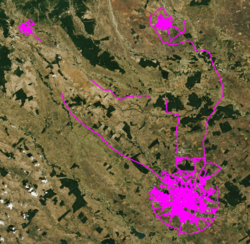 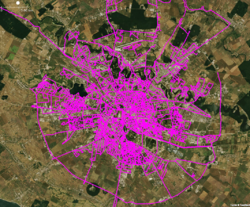 The ground survey of Bucharest was conducted by Kaart Team members Te-Ika and Corban8.