An area of land with farm buildings like farmhouse, dwellings, farmsteads, sheds, stables, barns, equipment sheds, feed bunkers, etc. plus the open space in between them and the shrubbery/trees around them. These areas are often fenced in, and may include fenced livestock feed lots. (American English: barnyard) 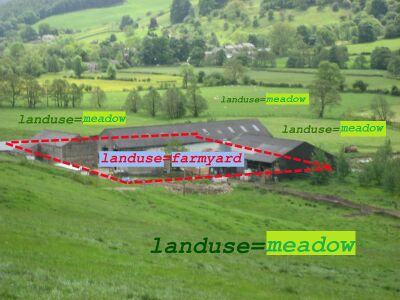