From OpenStreetMap Wiki
(Redirected from Tag:oneway=yes)
Jump to navigation Jump to search
Key:oneway - Other languages 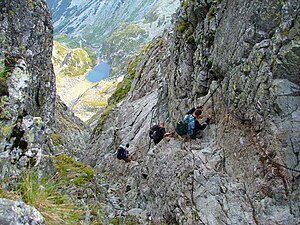 Cases of oneway pedestrian traffic includes some hiking trails - some permanently, some during the high season crowding, border crossing, exit-only passages and more.

Data consumers may always decide to interpret tags however they deem suitable. Note that on highway=path and highway=footway some vehicles may still enter, e.g. authorized people or bicycles in some circumstances and even there oneway=* may not apply to pedestrians but only to vehicles.