From OpenStreetMap Wiki
(Redirected from Tag:type=multipolygon)
Jump to navigation Jump to search
Relation:multipolygon - Other languages

Relations of type multipolygon are used to represent areas (polygons), typically complex areas with holes inside, or consisting of multiple disjoint areas. It is also necessary to map areas delimited by more than one way. They can also be useful to make the distinction between linear objects (e.g. a fence surrounding a property, tagged on the way) and the area inside (tagged on the multipolygon relation) without having to draw overlapping ways.

Simple areas are mapped in OSM by creating a closed way and tagging it with something that suggests an area rather than a line. For example, a closed way tagged landuse=forest will be assumed to be an area, while one tagged highway=trunk will not. 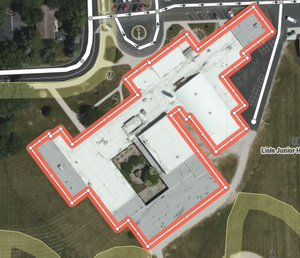 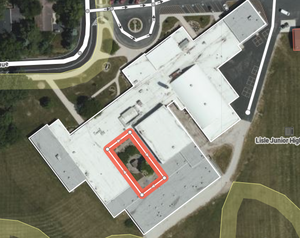 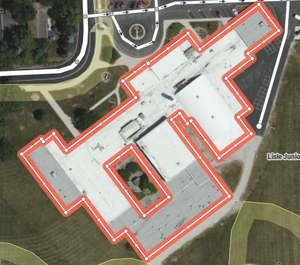 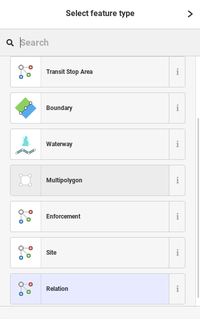 Use Menu/Tools/Create Multipolygon or ctrl-b shortcut

Mapping a wetland with a pond inside:

Note: If some of the ways are there already, after collapsing outer and inner ways into a multipolygon, tagging of the outer ways will remain in place and should be removed from its properties. The editor will warn before uploading. Recent releases of the JOSM editor will perform this step automatically.

Mapping a wood with adjacent wetlands inside:

Note: The multipolygon created this way does not comply with the OGC specification. See below for explanation.

The OGC specification does not allow the border, that separates the inner rings only among themselves, to be part of the outer multipolygon. Instead of just combining our wetlands, We need to create one extra way:

Note: Another method to create an OGC compliant multipolygon would be, to split the outlines of the inners, such that only those parts can be combined, where they touch their outer, without including the border that separates the inners alone.