From OpenStreetMap Wiki
(Redirected from Talk:Key:mountain pass)
Jump to navigation Jump to search

Meaning of the proposal

Some sort of tag like pass=true could indicate that a street in the mountains has reached its summit (called 'pass', 'passo', 'col', ...) In many maps an icon like the following is used:

I've already mapped some passes, and missed the right feature for this (I used the peak tag). It's a good Idea to have this feature. But I suggest to have a more obvious name alpine_pass instead of the simple name pass. --Andy 07:44, 7 November 2007 (UTC)

From the rationale: "The term "mountain pass" is ambiguous. The meaning can be the whole road (or footway)...". I see no reason that it can't be used for both: tag the way that is the whole road (or at least the portion of it that is considered a "mountain pass") and then tag the node at the highest point. Also, the example given, if it is meant to apply to nodes only, applies "highway=secondary" to a node, which doesn't make any sense. --Hawke 13:24, 21 December 2007 (UTC)

There is a problem with tagging the whole road: How do you differentiate between this being a motorway or a footway then? You can't have a highway being both tagged as motorway and mountain_pass. So only the node should be tagged as mountain_pass=yes. Also see my comment on the highway=node tag below. -- Ulfl 13:37, 31 December 2007 (UTC)

You could use it that way, but you shouldn't do so. The mountain pass only marks the highest *point* of a way going over the mountain, *not* the entire way! I've checked against some maps, had a look at the wikipedia. If people use the term mountain pass and mean the whole road it's just plain wrong from what I've read. -- Ulfl 01:49, 6 January 2008 (UTC)

To quote dictionary.reference.com: "a narrow route across a relatively low notch or depression in a mountain barrier." To quote wikipedia's "Mountain pass" article, linked above: "...a pass can refer to a route, as well as the highest part thereof". Also from wikipedia: "The top of a pass..." and "Passes may be very short, consisting of steep slopes to the top of the pass, or valleys of many kilometers...". A point cannot be said to have a "top", and can be neither short nor "many kilometers" in length. As stated in the rationale, the term is ambiguous. --Hawke 08:10, 6 January 2008 (UTC)

Well, let's get practical ;-) To my experiences riding a motorcycle a lot through the alps (germany, austria, italy, switzerland, ...) only the highest point of a mountain pass is actually signed - so this is a very unique point that needs to be tagged at least for motorcyclists - therefore the proposal. If you would like to tag a mountain pass as a way, this might just be a different proposal. You would need to indicate the actual start and end of such a pass. This is pretty difficult, as there's usually no indication (at least in the alps). There are often signs like "Umbrailpass open", but these are not indicating the actual start of the pass, but a very early indicator if the pass is open or not - while the pass being miles away. I don't know it this situation is different in the US or elsewhere - so you may have a clear indicator where a pass starts/ends. However, this proposal is about marking the top of a road passing the mountains. -- Ulfl 01:16, 7 January 2008 (UTC)
Practical? OK. Look at it this way: What is lost by tagging the entire pass route with "mountain_pass=yes", as well as tagging the highest node? I am not saying the highest node should not be tagged, I'm just saying the way should be tagged as well. --Hawke 18:22, 7 January 2008 (UTC)

I agree with mountain_pass being a node. We already have incline and even incline_steep which lets us to have even better description of the route. As a suggestion, I've seen some maps depicting mountain passes as dimmed grey (and sometimes red) circles around the top point of the pass. Easier and cleaner for renderers, I guess. --Xuacu 20:10, 7 January 2008 (UTC)

I saw some tags highway=mountain_pass when editing Himalaya region and JOSM v. 970 uses that tag as well - so this needs a cleanup and probably conversion to mountain_pass=yes. By the way: what would mountain_pass=no mean? There is some redundance in this tag... ;-) --katpatuka 19:07, 21 September 2008 (UTC)

A mountain pass is usually depicted with a "bridge like" symbol:

So with a way going trough it, this looks like:

or with simple point with name and altitude. 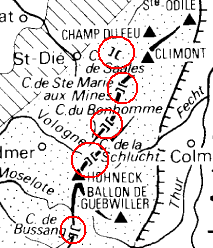 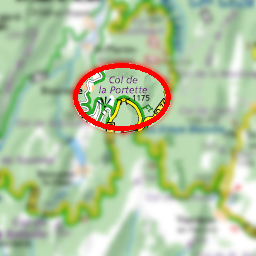 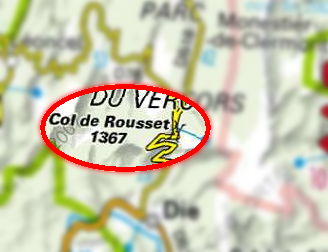 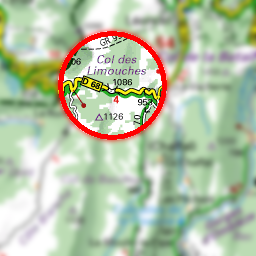 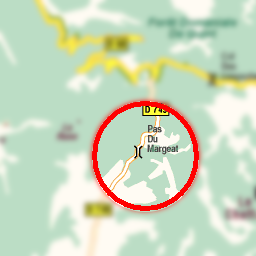 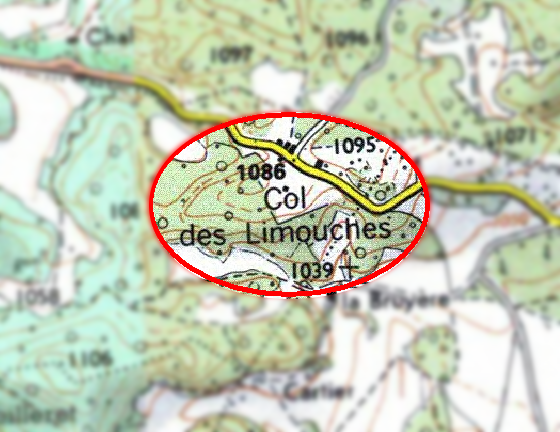 I don't know who put this image in, but the maps I had a look at used the pass symbol the way depicted as in the icon section - the bridge like symbol being along the way and not crossing the way as on this image?!? -- Ulfl 11:43, 11 November 2007 (UTC)

The bridge is along the way because it is a way (linear) property. A mountain pass should be a node property. In some case a mountain pass is depicted as a simple point.--Alban 12:55, 11 November 2007 (UTC)