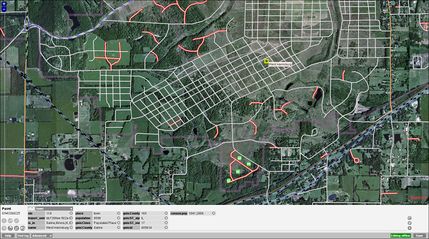 Vandalism in the form of a fake town

Vandalism is intentionally ignoring the consensus norms of the OpenStreetMap community about editing data. Simple mistakes and editing errors are not vandalism but may need to be reverted using some of the same tools that are used for vandalism.

See abuse for discussion of some other types of violation of consensus norms of the community.

Vandalism and other types of bad editing 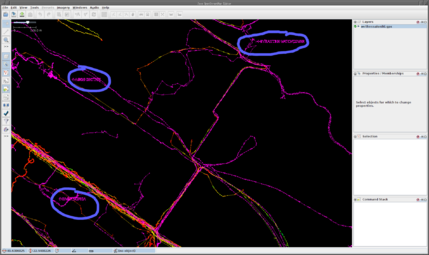 Vandalism in the purest sense would be acts of "graffiti" on the map, carried out with the motivation of childish fun or as a purposeful attempt to damage OpenStreetMap. It's relatively rare to see occurrences of pure vandalism. OpenStreetMap is a not-for-profit good cause, and the map data is "owned by" the community. On the whole people tend to have respect for that.

There are various other types of bad editing which are very similar to vandalism, carried out with various motivations beyond childish fun, but resulting in the need for the same types of remedies. These include:

Simple mistakes and editing errors are not vandalism, although some may need to be reverted.

If you see mistake or some damage to map (malicious or not) you may be confused/unsure what and how should be done. In such case as usual contact other mappers and ask for help. But maybe info on this page will help.

The view from a discussion on talk in September 2009 was:

If the extent of the vandalism is local and impact for the overall community is limited and it is likely that edit was not malicious then make polite direct human contact via OSM Messaging or changeset discussions assuming good intentions and wait for 24-48 hours for a response. If an adequate response is not received then it may be appropriate discuss the issue on an appropriate email list (normally the local, national or regional list) or with trusted individuals. If some edits can be proven to be counterproductive and helpful edits are not obvious then the changesets in question should be reverted.

If a significant number of edits to ways can be definitively proved to be malicious, obscene, libelous or it is considered that they might bring the project into disrepute then it is important to respond immediately and revert first and ask questions to the contributor in parallel. It may also be appropriate to contact the Data Working Group at the same time. Objects that have been touched since the initially bad edit may require using a complex reversion method, so if you are unfamiliar with these tools then seek assistance from the community or Data Working Group.

If, after contact has been made with the mapper via changeset discussions and/or messages, the mapper refuses to respond and does not alter their behavior, the Data Working Group may place a temporary block on the user in question. This is neither a presumption of guilt nor a banishment from the project. Rather, it is a measure to get the attention of the mapper as they must log in to the OSM site and read the block message before they can continue uploading edits through the API.

Temporary blocks come in varied time lengths, typical length is 0 to 96 hours. They also have the capability to require a user to log in and read the block message before it is removed, regardless of expiration time.

DWG members will often place a 0 hour block on an account with the block message read condition as an initial measure to unresponsive conflicting mappers.

A history of blocks is available here.

Where possible the local OpenStreetMap community should resolve vandalism through the above processes.

The Data Working Group is authorised by the Foundation to deal with more serious vandalism and reports to the board at the monthly board meetings. If blocking account is necessary the issue should be reported to the data working group (data@osmfoundation.org).

Data Working Group should be also contacted if problem requires hiding some parts of history of edited objects.

There are a number of possible tools and techniques that could be used to manage vandalism issues. Possible tools include:

There are tools available to revert edits for particular change-sets as long as further edits have not subsequently been made to any of the relevant features. These tools are currently hard to use, and require good technical knowledge to operate without causing further damage.

Detecting vandalism within OSM is a tricky situation as the types of vandalism above are wide ranging in type, extent, and effect. OSMCha is one of tools that can be used for that.

There are multiple approaches to automated vandalism detection that generally fall within two categories: changeset focused and user focused. But, as in the case of any detection system, either focus will often have false positives or miss "smart" vandals.

Changeset focused detection relies on scanning changesets for nefarious behavior by examining the metadata of the changeset and perhaps the actual objects or nature of tags used. One common method employs limits on the amount of objects edited, added, or deleted. An example program in pseudocode:

This type of scanning lends itself to the idea that users generally do not edit a large amount of objects in every day mapping. But, in the above example, all events are flagged "potential" as there are often very reasonable explanations for performing so many actions (e.g. authorized imports, reversions of bad edits, etc.). It also would not detect any small scale vandalism and any vandalism split into multiple changesets.

In the changeset approach, tags can also reveal potentially bad behavior. Listing copyrighted data as a source is usually a red flag, though some users unfamiliar with the source of default imagery like Bing may list a generic trademark (e.g. Google, Garmin) creating a false positive. Using very outdated or uncommon editors, adding very long tag values, including many extraneous changeset tags, and other behaviors are other examples of leveraging tags in detecting bad edits.

Another component of the changeset approach is examining the spatial characteristics of the objects in a changeset. Added or edited objects could be compared to samples of smiley faces, drawn out words, anatomical features, and doodles to test how similar they are to this list of graffiti.

User focused detection looks at the editing character of the individual. Did a user make 300 edits within 10 minutes of joining? Are all edits of a new user deletions? This detection aims to catch the behavior of the individual instead of the characteristics of the objects.

Many countries have laws against cyber crimes that cover "modifying data in a computer system and thereby causing damage" or similar. There's no known case of someone being taken to court or even convicted for vandalising OSM but in theory these laws could apply even to those who persistently add "graffiti" to OSM, particularly ones evading permanent or long-term blocks.