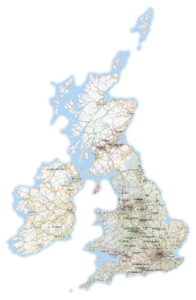 6 years after OSM was started, the British Isles are finally starting to look mapped

Turn Restrictions The project of the week is to check and update turn restrictions in your area.

If you want to restrict access on a road for a certain time, you can use access=no and date_on=... and date_off=.... But it seems that it's always rendered as access=no.

The reason for this is that Mapnik is set of titles render when there is a change on it. And it's quite hard and combine caching and these kin of options.

To set the waterway direction, oneway=yes is often used. But this doesn't make everybody happy because oneway is described as a "law" restriction. So, a big discussion starts and some points out the fact that some waterways are actually one way (boats can only go one way). There where proposition to just do the same as highway=steps (the direction of the way determine the direction of the flow) or to use direction=up / incline=up

OSMdoc, this nice tool to have stats about tags usage, is quite outdated. Someone complained about it and gave some stats. A bunch of alternatives to OSMdoc where evoked.

A new proposition popped out on the wiki and the ML to tag Proposed_features/Homeless_Shelter.

Directly, a discussion started about a new tag in amentiy and about doing it with building=homeless_shelter instead. Some talks about a common tag for things related...