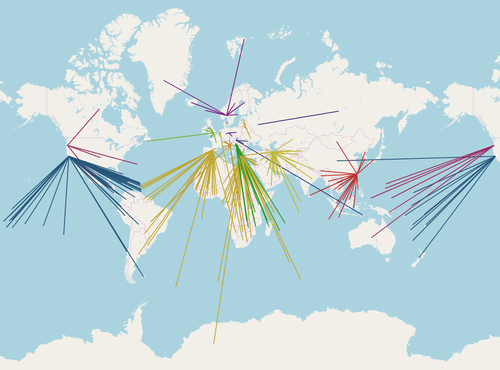 OpenStreetMap has an internal server naming theme based on fictional dragons, as in "here be dragons".

An automatically updated list of the hardware in use is available at https://hardware.openstreetmap.org/

The former status display has been retired. Look at Platform status for information about status and issues.

The Platform Status page should have details of individual servers

There are some other servers that could be used by our users.