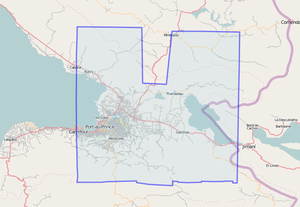 Notes can be used to:

A direct link is listed in the green box on the main Haiti page.

There is a big list of different error reports from gary68 tools on this page. Will be updated a few times a day. 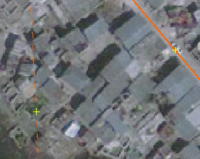 Don't map individual buildings in these areas. Use an area tagged with landuse=residential 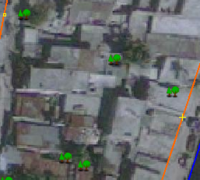 Don't map individual trees in residential areas like this one

for consideration - rewording - acceptance or rejection

Responders on the ground are making requests for specific thematic and geographic data sets. Please specify time, who, and where the request was made. If possible, please communicate with them if the request has been filled. Think of this a lightweight ticketing system.

Cities outside Port-au-Prince. Especially important in the weeks ahead, as the response expands outside the capital

Potlatch links below can be used as bounding-box URLs in JOSM; the Town/City node links provide access to place meta-data and an alternative starting point for navigation

The bbox shown covers all of Haiti including territorial waters. This can be used as a "bbox predicate" in Xapi queries to retrieve a .osm file for a single tag value (an Xapi limitation), such as amenity=hospital; the url for this query would be https://xapi.openstreetmap.org/api/0.6/*[bbox=-74.76,17.78,-71.43,20.26][amenity=hospital]. See the Xapi article for more information.

An admin boundaries shapefile can be downmoaded at http://labs.geofabrik.de/haiti/boundary-shapefile/ It countains proper polygons for all boundary=administrative objects (whether closed ways or closed multipolygons), including the national borders of Haiti and the Dominican Republic. The shape file does not contain such administrative areas that have an invalid geometry in the current OSM data set. This shapefile is not updated automatically. If needed ask to

zvenzzon made a map that shows tag usage for the tags above: http://zvenzzon.mine.nu:81/map.html
earthquake:damage=spontaneous_camp should soon appear in osmarender too
http://haiti.openstreetmap.nl is a minutely updating Mapnik render that shows is too.

The primary language of Haiti is French; additionally, there is much discussion of Haitian Creole, with potential tagging as name:ht=* for Haitian Creole names. Sources may cite names of facilities, infrastructure in French. A glossary of French topographical terms may be found here.

Note that name=* stands for "the default name, used locally". Multilingual support may be of value, this can be achieved through multiple use of name=*, name:ht=*, name:en=*... tags and translating as appropriate to populate multilingual variants as applicable. Also I would anticipate that multinational support will be providing aid from Latin America as well, e.g. Spanish - name:es=* and Brazilian UN peacekeeping troops name:pt=* to support Portuguese.

Frequently updating errorlogs you can find here. The C06-Check find river and streets crossing and having the same layer. Normaly the street has a bridge over the river. Tagging the bridge is important because after the eathquake every bridge can be damaged or out of use. So fix the bridges meaning making better data for routing. Quite a lot of minor crossings are fords, please use highres imagery to identify and tag (make a crossing node and tag just that node with highway=ford).