A survey point is a triangulation pillar, geodetic vertex, or other piece of fixed equipment used by topographers. An example of these are DGPS radio stations. These points are normally in a fixed location and of a known altitude used for the old fashioned surveying.

Add a node at the location of the trig point and use the man_made=survey_point. 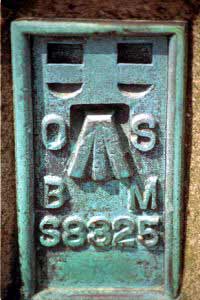 example bracket on a UK trig point, tag with ref=S8325