From OpenStreetMap Wiki
Jump to navigation Jump to search
Tag:waterway=tidal channel - Other languages

Use waterway=tidal_channel for a natural tidal waterway within the coastal marine environment with bi-directional flow of salty water which depends on the tides. Such channels form along protected coasts with limited wave action and a gradual slope, usually within tidal mud flats, salt marshes or mangroves.

These features are also know as a "tidal creek", "pill" or "tidal inlet".

Many tidal channels are currently mistagged as waterway=river, waterway=stream, natural=bay, or natural=water areas, and could be updated to this tag. 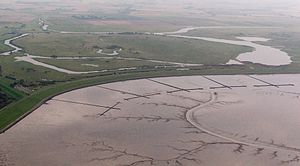 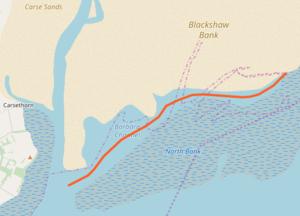 4) Tidal channel in mangroves, in Indonesia