Here is a proposal to simplify the tagging even further and to provide some more clarity on where to put other tags:

It's a bit harsh for the users that took the time to differentiate a separate 'piste_jump_landing', don't you think? Otherwise, why not.

I disagree about freestyle jumps, they are quite different landmarks and a very different sport.
--Yvecai (talk) 07:29, 10 March 2018 (UTC)

I understand your comment, however I believe the standard practice is not to actively retag a deprecated feature, so nothing would be lost. The majority of the ski_jump_landings are areas and would continue to be identified as landing areas through the leisure=pitch + sport=ski_jumping tagging. The number of objects in OSM is anyway extremely low.
The freestyle jumps were just a bonus and may be disregarded. It could be a more neutral ski_jump=yes on a node, or we could just exclude it from the proposal.
I have tried to solicit input from my local community, including posting to the national mailing list, but without any results. The sport is perhaps just to small or maybe potential comments were already covered. If you agree with the rest of my suggestions, then perhaps we could move on based on that? You would then need to modify the proposal page.--NKA (talk) 14:31, 10 March 2018 (UTC)

The main issue with the previous proposal is the use of the sport=* key [sport].

Intent: To mark the location of the take-off ramp used for ski-jumping. Ususally it is a good point for orientation in country. 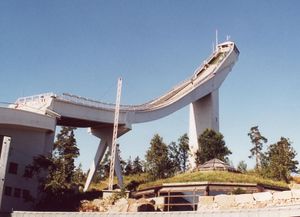 The new value may be used with the sport tag with linear. The proposed tag is:

Rendering: The tag is directional, so the take-off ramp should be drawn heading downwards (down the slope). The symbol should be stretched from beginning to the end of the underlaying segment. The segment is drawn grey and the symbol is drawn black. Rendering is left for discussion... 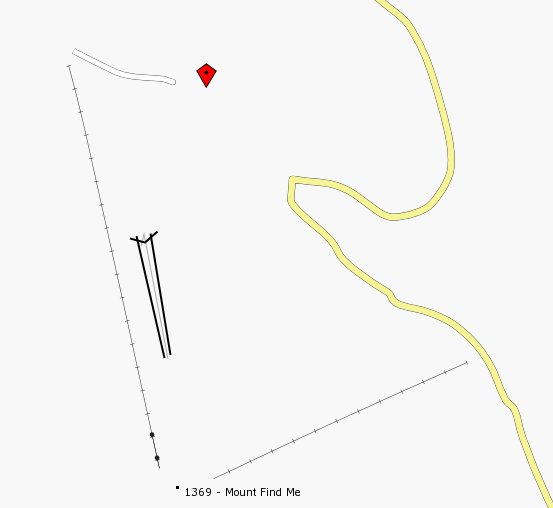