Please, can you more clearly describe what distinguishes it from park and from grass only? I beleive that this exist on several places in Czech republic, but I might have different understanding that UK guys. Should there be trees in village green? Is it sort of less maintained park without paths? --Jakubt (talk) 08:16, 25 July 2014 (UTC)

So maybe some of those descriptions should be copied to the OSM wiki page. I've seen people use village_green for any random patch of grass between apartment buildings in residential blocks. Or if the definition varies across countries, maybe there should be a warning on the wiki page to not use this in a country unless the definition is described on the localized wiki page. Aceman444 (talk) 16:31, 30 October 2016 (UTC)

I decided to use this tag in Croatian villages. They often have a grassy area between the houses that was mostly used for gooses that would graze the grass, children that would play, and for community events. Czech version of the Wikipedia article about Village green has images that are similar to Croatian examples:

It seems to me that the definition text and the photos are illustrating two completely different definitions of village green. Should village green be used solely for the green area in the center of some villages (definition at top of page and on Wikipedia), or should it be used for any type of green (grass or shrubbery) in the urban environment (as illustrated by all the photos)?--Pbb (talk) 12:32, 22 March 2017 (UTC)

As a suggestion, I think green spots in the city should instead be called urban green, firstly because cities are much bigger than villages, and secondly because village green is an established term outside of OSM. --Pbb (talk) 22:11, 23 March 2017 (UTC)

Well the tag is misused for this alternative definition for a long time and on a large scale. I think it is because nor surface=grass and neither landcover=grass are rendered on the default map. So mappers choose this tag ignoring its original definition. IMHO we should redefine this tag officially to this alternative meaning that it is any green are inside city or town or village. Chrabros (talk) 00:54, 24 March 2017 (UTC)

The definition conflict is currently heavily discussed on the tagging list. There are better solutions proposed than extremely widening the tag definition. The example photographs have been moved to this talk page, as below. --Polarbear w (talk) 11:14, 7 December 2017 (UTC)

Photos (use against definition)

Some examples of the kind of village green as used by many mappers. Especially outside of the United Kingdom. 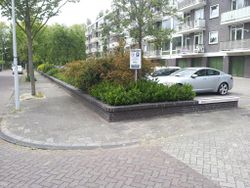 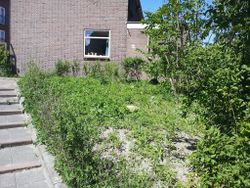 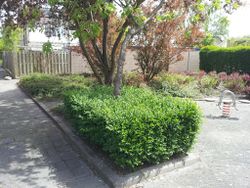 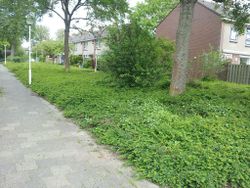 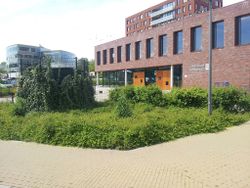 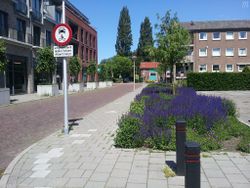 More and more in use against its definition

I investigated today the worldwide use of landuse=village_green (91000+ occurences) and have to conclude that (outside Great Britain, but even there it is wrongly used) it is used more and more against what the wiki defines. Mappers are tagging all kinds of green areas (exactly what you see in the photos above) with this tag. I think it is time to change the definition to include this alternate use. Even if we don't, mappers are using it more and more to tag as they seem fit, because they don't read wikis. And that is precisely how wikis should be interpreted: They don't tell us how we should tag, they tell us how we do it. --Marczoutendijk (talk) 19:35, 5 July 2019 (UTC)

Guiding us in how we should tag is a valuable service performed by this wiki. While some community members would like to reduce the wiki to a purely descriptivist role, this idea is far from universally accepted.
More to the point, I feel that any sustainable solution needs to address the interests of those who want to map actual village greens. How should they tag them in the future? How do we ensure that people will not misuse the new tag, too? And what is your plan for the transition to the new tag? --Tordanik 21:10, 5 July 2019 (UTC)

We don't have to change much: In Great Britain Village_Green has a well defined meaning, outside the UK most mappers (not understanding anything of it's proper meaning because of language differences or because they don't read wikis), started to use it because they thought it suited well to what they were mapping: green areas in their village, like the one in the photos. If we just add one sentence to the wiki that
outside of the UK the meaning of this tag is broader and can be used to tag other areas of urban green, but not so if one of the other landuse values (grass?) is a better choice
the problem would be solved. But whatever choice we make or whatever we do (including doing nothing), mappers worldwide will keep using this tag for a different purpose than what it was supposed to be used for. And one day all the village greens in the UK are on the map, but then we can still use this tag for the other cases discussed in various forums and on the tagging list. Already people (e.g. Spain) have put their use (different from the UK meaning) on the main page of the wiki. Perfect! Keep it that way and let other people do the same if it is an agreed way of tagging for their country. Why do we have to have such an unorganized time consuming process to fix something so simple? --Marczoutendijk (talk) 13:30, 6 July 2019 (UTC)

"A village green is a common open area within a village or other settlement. Traditionally, a village green was common grassland at the centre of a rural settlement used for grazing with a pond for watering cattle and other stock."

So a village green can include a small lake or pond. However, the current page text here says a village green is "(usually grass but may also be a lake)" - this makes it sound like an object tagged landuse=village_green in the Openstreetmap database might represent a lake. However, I am not aware of any cases where this is true, while it certainly may be that a village green surrounds or includes a lake (this is also common with parks). I am going to edit the page to clarify this, unless there are many examples of lakes being tagged as a village green in the database. --Jeisenbe (talk) 05:20, 14 August 2019 (UTC)