There is http://www.openstreetmap.la, a website that provides the slippy map in Lao and English language as well as data downloads in different formats.

These are some users in Laos, add your own username if you map in Laos by adding the following category to your user page (you can add your town or city at the same time).

name:lo_rm should contain the romanized name. There are several ways of romanize and there is no official standard, however traditionally the BGN/PCGN standard has been used for geographical names. See the Wikipedia page for Lao romanization and a Perl module for romanizing with BGN/PCGN at CPAN.

The Swedish Embassy in Vientiane

In December 2015, OSM received a donation of a 2010 official GIS data containing 11000 villages, lots of rivers, roads and administrative boundaries of Laos until province level. Use those .osm files as reference layer(don't import directly) and use Mapbox or BING imagery to manually trace each of the items. More info and files here, it is very important that the data is not imported automatically, but manually by checking the imagery. Otherwise the import will be inmediately deleted.

The AsiaGPS forum contains many GPS traces from Laos and Asia in general. Please contact them to encourage them to release their data into OSM.

GEOnet Names Server (not confused with geonames.org which is not usable) is a database for geographic features outside the United States and Antarctica. There are no licensing requirements or restrictions in place for the use of the GNS data, so it is suitable for OSM use.

It is strongly recommended to set a source tag with a hint to GNS.

For Laos the populated places from GNS (i.e. the villages) are not considered to be reliable enough to upload them as they are. Furthermore GNS provides only romanized names. Nevertheless the data can be used as a source for place names when entering villages or other geographic features manually. The peaks (in GNS code: PK) have been imported in Changeset 3075539, some of them have been translated to Lao. Nodes from this import have the source value gns_pk_import.

In Laos there are many NGOs and projects working in the field and collecting data. Probably there are GPS tracks, waypoints around from field trips.

The Deutsche Gesellschaft fuer Internationale Zusammenarbeit (GIZ), commissioned by the German Federal Ministry of Economic Cooperation and Development (BMZ), provided the basis for road and river digitization in Luang Namtha and Sayaboury Provinces by donating high resolution Quickbird Imagery for these areas. The roads, rivers and other data derived from these sources are tagged with h-res imagery 2010 or quickbird ortho-imagery 2010. 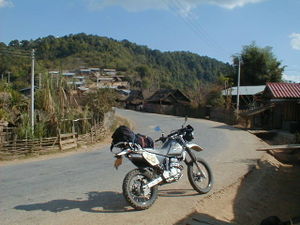 Since also larger settlements like Vientiane, Savannakhet or Luang Prabang are composed by many single villages, the existing definition in Map Features cannot applied directly in Laos.

It is proposed to apply the following tagging by considering the administrative relevance instead of number of inhabitants:

There are many roads that are visible from aerial imagery that are missing from the map, you can add them! Especially around Vientiane, Lak Sao, Phonsavan and Pakse.

The only completed and under construction motorway is the Vientiane–Boten Expressway. 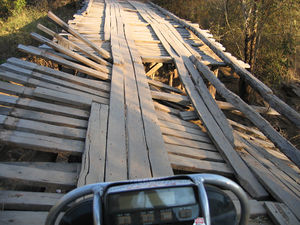 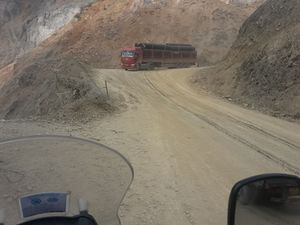 Between Sepon and Salavan (Saravan) there should be some roads, but it seems the jungle came back and the roads are gone. Other roads in this area are not passable because of too much dust. Road 23 was destroyed by the USA Army and it seems nobody repaired it.

South of Mahaxai there is a road that maybe has no dead end.

From Paksan to Phonsavan there is a road that is easy to go in dry season (two small river crossings). There are many junctions and if you speak no Lao you maybe don't find your way. North of Tha Thom there is a road to Saisombun. This area was not accessible for many years it is a big adventure to go there.

Laos is a Country with very nice people. It's save to travel everywhere in this country. If you like it to travel on bad roads this is your country. If you go there bringt GPS Data. It would also be good to know where to find guesthouses.