Overpass turbo supports MapCSS for styling map-features. Below is a introduction on how to use MapCSS in turbo, some examples and the list of supported MapCSS-features. MapCSS is also supported by other applications, such as JOSM, see MapCSS.

A more general introduction is also found on this diary entry.

MapCSS can be attached to a query written in the Overpass-QL query language with a special "mustache"-tag: You write {{style: and everything that comes afterwards until the first }} is interpreted as a MapCSS stylesheet.

below for interactive examples. 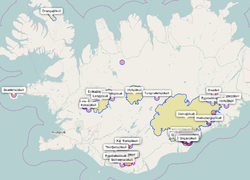 You can use MapCSS to display text markers on the map. This is very useful to show the names of displayed features. The following MapCSS statement adds text markers to each node, way or relation on the map and displays whatever is in the tag name:

To combine multiple tags, use the MapCSS functions eval and tag. The following example generates labels of the form "name (wikidata)": 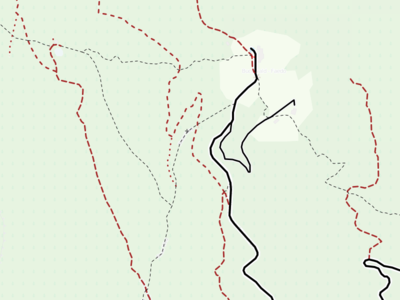 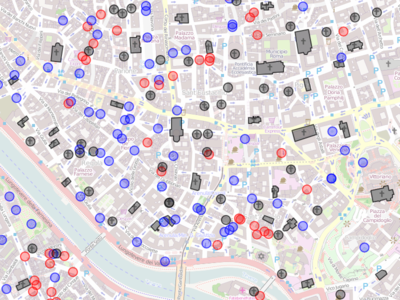 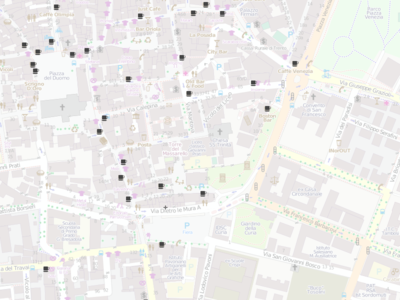 To use icons for ways and relations, see #Some_Restrictions

The MapCSS implementation follows the specifications of the MapCSS/0.2 draft.

The following pseudo-classes are available:

Classes work as specified via the "set .my_class" syntax.

Objects can be filtered by their tags as well as by their meta attributes (which are distinguished from regular tags by having a @ sign prefix, for example way[@id=171784106] can be used to style a specific osm object).

The following properties can be used to style map-features:

We can for example write

But if we were to write a white space between the object type and the tests, it would not parse:

Overpass turbo is bundled with three map icon sets: maki (v0.5), "osm mapnik" and osmic. You can use them by referring to icons/maki/***.png, icons/mapnik/***.png or icons/osmic/***.png, respectively. See this example. Alternatively, it is also possible to use icons from external urls.

This is the default MapCSS stylesheet of map features in overpass turbo: