From OpenStreetMap Wiki
< Proposed features(Redirected from Tag:amenity=courier)
Jump to navigation Jump to search

This is intended to create a standard tag for courier delivery services, which are not post offices/national post.

This should be used to tag a facilities which offer courier various services like booking,drop off and pickup etc

A courier is a person or a company which delivers messages, packages, and mail. https://en.wikipedia.org/wiki/Courier


Currenty its tagged as amenity=courier,office=courier and amenity=post_office.And this tag was selected as this was the most used and seemed apt. 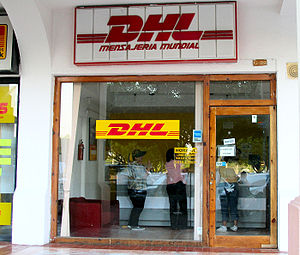 These services has fair share in mail/package business which might get them the significance to tag them under the key amenity than just using key office.The reason to avoid post office is given in rationale.

And the name courier is the common term used for these services and wont create confusion.

Use it on a

name=* can be used to name the store if it which works as a franchise.

operator=* or brand=* tag can be used to mark the shipping operator.

It was rejected with 13 votes for, 15 votes against and 1 abstention.

I know they have them too, but they are not the part that gets the amenity=post_office tag (e.g. if there is only a back office/ administration place of the mail service, without customers coming in, we won't tag it as post_office).--Dieterdreist (talk) 07:21, 28 March 2017 (UTC)