Typhoon Hagupit (aka Typhoon Ruby) was a tropical cyclone which impacted the Philippines in December 2014. It weakened to a category 3 typhoon before it made Landfall at 9:15pm Saturday 6th December 2014 (Local Time) at the town of Dolores, eastern Samar. 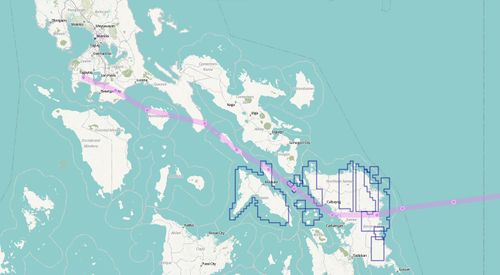 Actual Track of Typhoon Ruby until it was downgraded into a Tropical Depression on 9th December, 2014 + Remote Mapping tasks

The Humanitarian OpenStreetMap Team mounted a short disaster mapping response with the timeline as follows:

This was significantly less disastrous than Typhoon Haiyan in 2013. Ruby weakened before making landfall, reducing the humanitarian impact. The low death toll is also widely regarded as a success in disaster response, particularly with better coordinated mass evacuations. Of course we did provide free maps throughout which may have helped (and may continue to help) with recovery efforts in ways we'll never hear about.

See WikiProject Philippines to join in with ongoing mapping efforts in this country.

Mark Cupitt and Maning Sambale, assisted by Andrew Buck and Pierre Béland, are coordinating this activation. We coordinate with OCHA, the Red Cross / Red Crescent and the Digital Humanitarian Network partners.

Published Tasks in the Task Manager 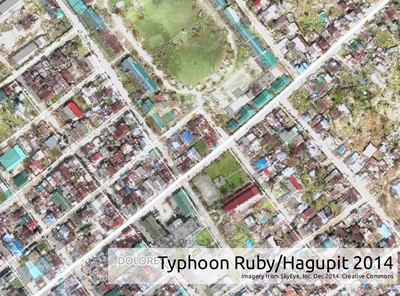 The following sites have tracking information for monitoring progress .. 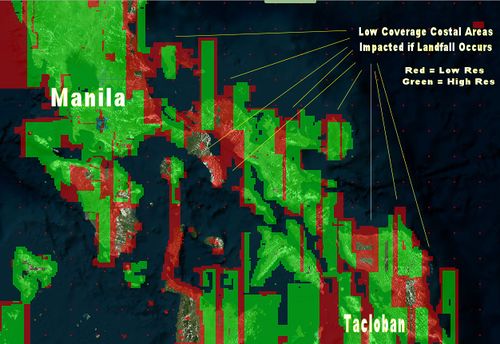 The support team communicates via the irc://irc.oftc.net #hot IRC channel. You can join the Support Team and the Coordinators on the IRC for discussions or help for mapping. You can also talk with other mappers or the support team by installing mumble and connecting to our server talk.hotosm.org

Additional information can be found at Humanitarian OSM Team (HOT) Mailling-List. You have to subscribe to this list to have the autorization to send emails to the group.

With the dispersion of the population in numerous islands and with the extent of the damages, up-to-date maps are an essential aspect of the management of this crisis. Tremendous efforts have been made by the OpenStreetMap community. The developers are adapting tools to provide up-to-date maps rapidly to humanitarian field workers. Hundred of contributors are also tracing over satellite imagery to update continuously the maps.


The following features were initially identified as being essential to map to assist with Response Effort.

Mapping will need to be done to a consistent standard. The following tagging scheme is based on the OSM-PH Mapping Standards and should be used on all activation mapping. In addition to the Philippine mapping convention, tagging for structures that are used as evacuation centers must be added evacuation_center=yes.

How YOU can Contribute and Help

The Tasking Manager and the JOSM editor are essential parts of this Project. As new imagery are available, new jobs are added to the Tasking Manager. It has allowed HOT to coordinate efforts of mappers around the world. Some days there were more then 200 simultaneous mappers registered on the Task Manager and editing mainly with the JOSM editor. Online editors are also used for less intensive mapping. LearnOSM.org offers learning material for beginners and more advanced mappers.

Browse the map to get a feel for the data we have available. Different map styles can be selected on the right hand side.

The FieldPapers website allows you to select an area, and print the map of this area to collect field data.

The MapOSMatic website renders ready-for-print city maps (in pdf, svg, png) with an index of streets.

A Tile Server with layers for critical infrastructure elements at risk and the residential population distribution in the Philipines in 90m resolution. Further details here