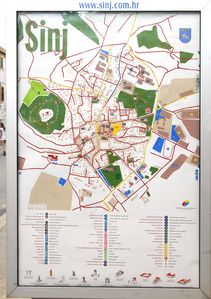 A new tag proposition was made about hanggliders/paragliders takeoff . With sport=free_flying and a set of free_flying:*=* tags (like free_flying:paragliding=yes/no), it tries to be as complete as possible and to complete a bit the previous Tag: sport=paragliding :)

Street Naming in the US

It's a real problem for geocoding to split the street part and the directional part. So naturally a new proposition went out. It use a name:full for the full name and a name:prefix and name:suffix

With the growing of osm, more and more things are mapped. A number of these things are classified into "amenity". This classification grows and grows, to become huge and without real limit.

More and more tagging propositions are made to unclutter this classification, like this one: Healthcare. It proposes to relocate clinic, dentist, and other things to under a healthcare tag (eg: healthcare=dentist to replace amenity=dentist) It can also be used in addition to speciality=*

Another day, another proposition on the tagging ML. The idea behind is to do separation between trade (represented by shop=*)and small production on demand and by order (represented by craft=*).

Canadians manages to get data a whole set of natural reserves from Canvec. visible here But for there imports they used a set of tags that are still in proposed state ( water=intermittent ).

Others pointed out the tag intermittent=yes proposed here that seems to be more used. The wiki should be update following this scheme.

The plan of the proposition is to move the amenity=sauna away from amenity, because: A sauna is not a amenity ("a useful and important facility") , but rather it fits better in leisure. A discussion then started about the greatness of moving a tag from a category to another.

Thanks to all the reviewer/ correcter of this and previous news. I'm currently studying the creation of a team to manage this section. If anyone is interested please go to the talk page or contact me.