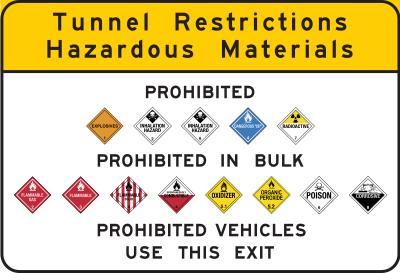 California signposts hazardous cargo restrictions using state-specific signs that do not explicitly include the placards: