From OpenStreetMap Wiki
Jump to navigation Jump to search
Key:taxon - Other languages 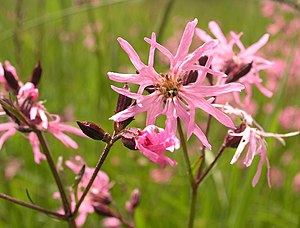 taxon to which the tree, or plant belongs.

The use of taxon prevents the proliferation of various tags to describe biological components of mapped objects (e.g., name:biological=* genus=* species=*) which will inevitably lead to inaccuracy (e.g., species=Oak) unless all mappers are competent botanists. It is also semantically equivalent to the taxotagging scheme of the Encyclopaedia of Life, which uses tags such as taxonomy:taxon_level.

It is intended to be used more loosely than a biological purist would expect (e.g., Robinia sp. pink-flowered cultivar). This is because it might not be possible to accurately identify plants depending on knowledge, access, time-of-the-year or other factors. Places with interesting an exotic trees might not even be readily identifiable by an expert, but often the broad taxonomic position can be assessed rapidly. In major plant collections one might wish to identify signficant cultivars or varieties. For instance, in Nottingham Arboretum there is a cut-leaved Alder (Alnus glutinosa) which has been designated a 'Champion Tree'. Simply assigning species would tell us nothing about the intrinsic interest of this tree.

For the moment no usages of taxon are forseen for animals or fungi.

It may seem absurd, but many common tree species have a range of widely used formal taxonomic names. Examples include:

As many taxonomic names are in a state of flux because of revisions based on molecular phylogeny, and botanists in different countries often have slightly different concepts of particular taxa, it is recommended to use the name current in the standard flora for a region. Many of these lists are available on-line, for instance the Botanical Society of the British Isles taxonomic list. Particular problems arise when these standard lists are revised as recently happened on the publication of the 3rd edition of Stace's Flora or Britain and Ireland. If in doubt be conservative in choice of taxonomic names (often this means not using wikipedia, as articles are frequently updated to reflect recent research which may not become accepted).

For well-known species such as trees the common vernacular names are often very stable and highly conserved. It is therefore good practice to also add a taxon tag name-spaced with a two character ISO-language code.

In general use of the full taxonomic name; i.e., including author(s) and date, is not needed.

An alternative to using taxon=* is to use tags for each taxonomic category: the most widely used ones are:

In practice these are much more widely used synonyms for (the rarely used, or unused) taxon:genus=* & taxon:species=*. As tagging of trees has developed it has been found that the two styles of tagging biological nomenclature are not mutually exclusive and can be used successfully together. Use of genus=* with either species=* or taxon=* makes resolution of the some of the nomenclatural difficulties mentioned above rather easier to resolve.

If tagging an area, way or node there may be reasons to record the cover=* value of different species within an area. Presented below is a method for recording plant cover within a given area; e.g., a wood or wetland.

Percentage cover is usually recorded by using a

quadrat or measuring out a specific area and then estimating by eye the coverage of different species within that area. Note: Remember that percentage cover can add up to over 100% because there are multiple layers/canopies within a habitat.

Record the number of plants using the plant_count=* within a node, way or area.