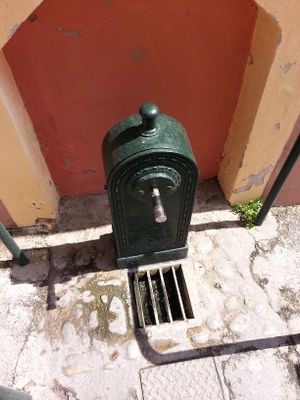 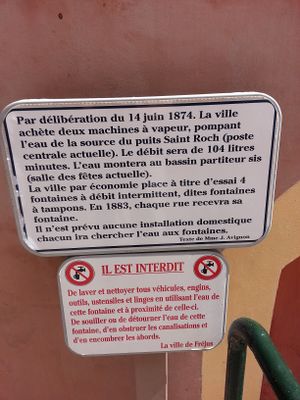 This is a proposal for tagging of (publicly usable) water taps, such as those in the cities and graveyards. Water taps may provide potable and technical water, which can then be further specified with drinking_water=yes|no.

The proposal is to introduce a man_made=water_tap tag.

It will be analogous to man_made=water_well and combinable with drinking_water=*.

It should not be used to tag fire hydrants, for which a special emergency=fire_hydrant tag is available.

The aim of this proposal is to address issues discussed in the help site[1][2] and in the forum[3]. In summary, there is currently no way to describe a water tap providing non-drinking water.

It will also be used to tag a source of potentially potable water if potability is not known and thus amenity=drinking_water cannot be used.

This tag would supplement:

Need for this tag

Currently more than 600 elements could have been marked better if this value existed:

If you vote against the proposal and you haven't participated in the discussion in tagging (at) openstreetmap.org, please post a message there too explaining your reasoning.