There have been numerous views and proposals on how to map stop signs, and different methods have coexisted so far. If we are now to distinguish minor road stops from all-way stops, give way junctions, motorway merges and uncontrolled intersections -- in support of smartphone safety apps -- we should try to be more consistent. 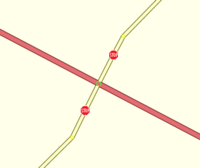 Insert a highway=stop node on the approach way(s) that must stop, at the stopping point. Drivers may be required to give way (yield) whether or not a physical sign is present; but if you also want to capture the signs, you can use a traffic_sign=* tag as well. In all-way stop countries you could also add stop=minor to distinguish 2-way from 4-way stop signs. 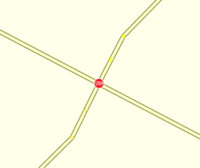 Some mappers have tagged ways with one of