There are more power infrastructure in the real world than just a power plug and socket. The socket on the wall is just the end of a big grid which is supplied with electric energy through a transportation and distribution network. This is a scheme of some infrastructure. 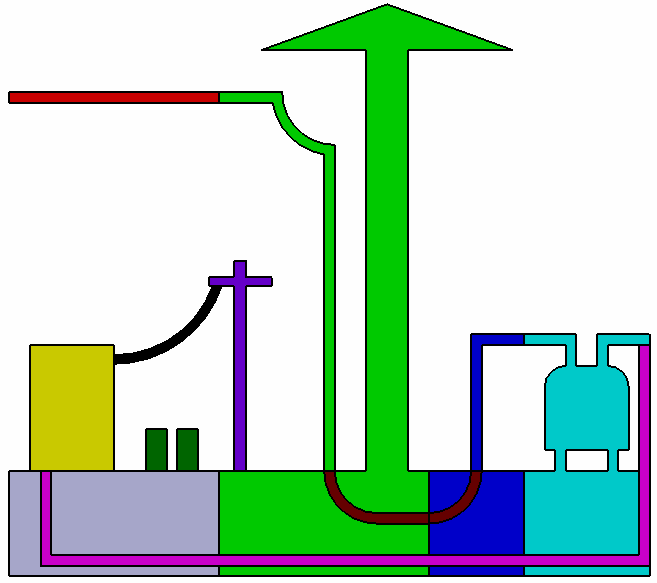 Personal statement: confusions between power=station and power=sub_station are my (Bahnpirat) fault. The following draft use the correct English meaning and "station" is no longer a tag here. 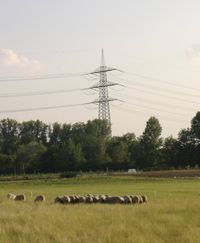 A power line is carried on power=towers, but may be supported by power=poles, especially on lines in the subtransmission grid, that connects the main grids with the distribution grid. Minor power lines are usually supported by poles, but towers may support such lines in rare cases. Three cables or conductors correspond one circuit (except traction power lines, high voltage direct current/HVDC, single wire earth return, and double or single wire branches of three-wire systems, usually for serving small customers). Every circuit has one voltage=* level on which it operate. Draw one way for all circuits connected to one power tower or pole. All lines for 50 kV or more are power=line. For lines with lower voltages that this, use power=minor_line. Use power=cable for undergound, underwater, or overhead insulated power cables. name=* should be used for the name of the line (can be found below transmission towers), and ref=* corresponds to the line alphanumeric reference, that may be numbers, letters, or a combination of them.

Power transmission towers or poles may have numbers/names on it. Tower or pole numbers increase from start to end point, but other numbering systems exist. Names or numbers for each systems can be found on power towers and are the same at each tower or pole. These belong to the power=line and should be tagged on the way itself. Use source=survey if you track them! Poles can also carry a power line, mostly up to ther "subtransmission" voltage levels (50-161 kV). Towers may exist on "minor" lines (power=minor_line)

Like all infrastructure power lines are projected, constructed, used and may be deconstructed if it's disused.