The tag insurance:health=* is used to indicate the type of health insurance accepted at a health facility.

The tag insurance:health=* is in use, but has not been formally proposed until now. The ability to be able to capture what type of health insurance is accepted at a health facility is essential for individuals to determine whether or not they will be covered for medical care. This tag, for example will potentially help governments determine where there might be areas that are lacking in health coverage for public care. Some example values for use with this tag include, but are not limited to no, public, private and unknown.

TagInfo, the Wiki and Tag History were also utilised to try and find tags that might already be in use. And although there were some, non of these were ever formally proposed or accepted by the community. Therefore the conclusion to use insurance:health=* was based on the use count of 17 derived from TagInfo and the gradual increase in its usage over time as found on Tag History. Both the information and the snap shots below were taken on June 14. It looks as though use of the tag started in early 2014 and has continuously grown in its usage. 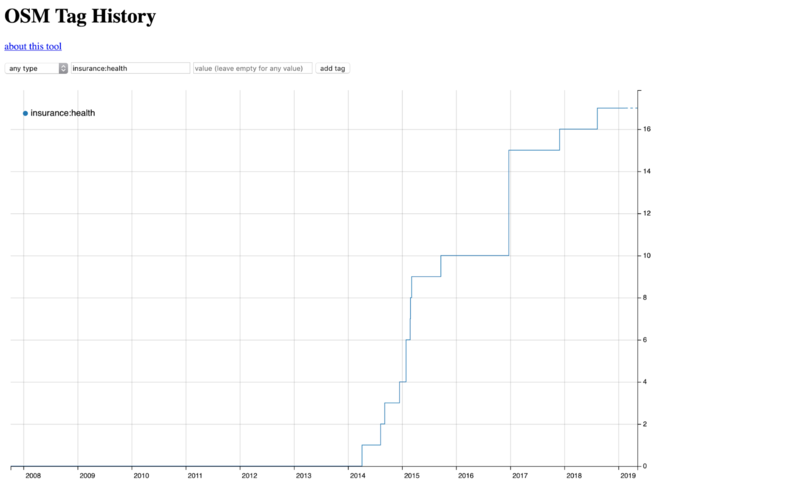 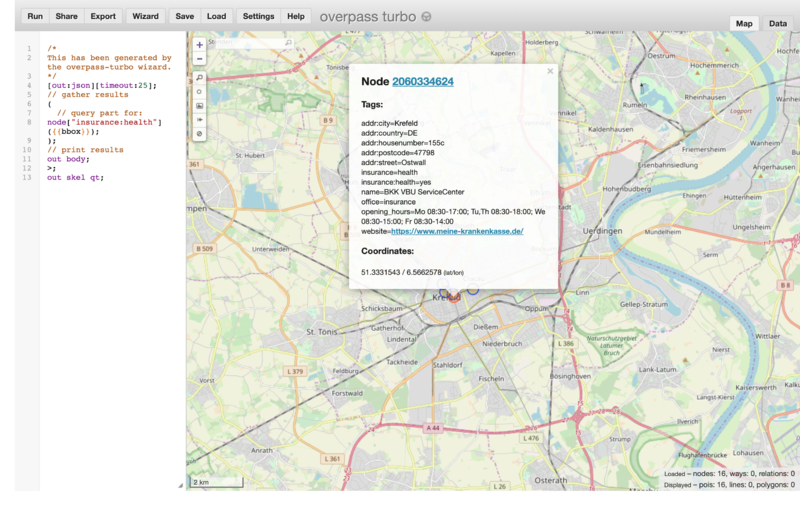 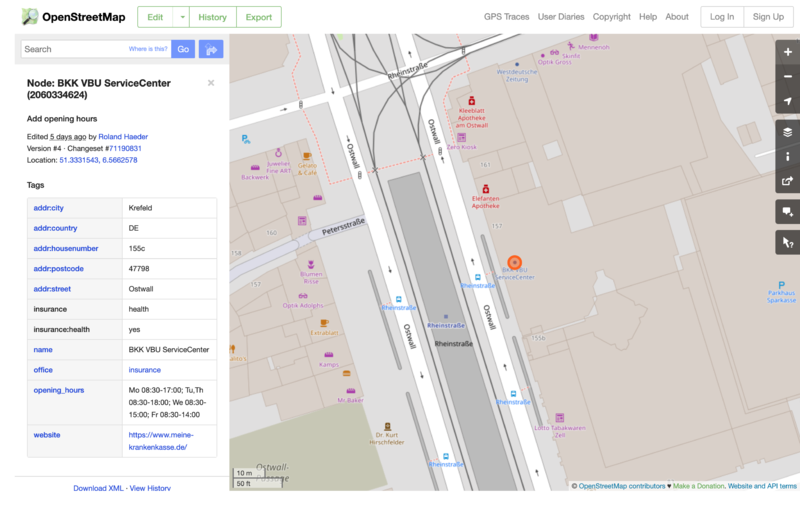 It was rejected with 0 votes for, 7 votes against and 0 abstentions.