About
Yahoo!'s vertical aerial photographs were used between 2007 and 2011 to trace maps and accurately create maps in some parts of the world. It was also allowed to use the imagery in Potlatch 1 and formerly standalone OpenStreetMap editors.
Impact on OpenStreetMap
We were able to trace from yahoo to more quickly and accurately create maps in some parts of the world, and we are very grateful to Yahoo! for this support during the crucial early years of our project's development between 2007 and 2011.
Reason for being historic
Yahoo Imagery больше не существует на 13 сентября 2011. In September 2011 Yahoo partially shut down their aerial imagery service and/or replaced their imagery with such from a new source.[1] There is a similar agreement with Bing (Microsoft) which is superior on the whole, but not everywhere. Cities in Pakistan for example were covered by the no-longer-available Yahoo imagery, but are not available (at hi res) in Bing.
Captured time
2016, 2019 (#Coverage), 2011 (#Accuracy) 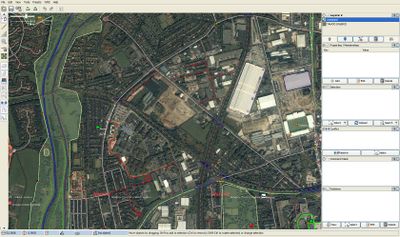 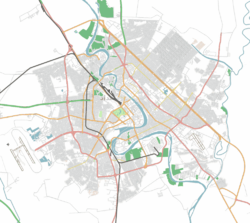