About
Tiles@home (short: T@H or tah) is a distributed program to render osmarender maps. The osmarender, maplint and captionless layers are created in this way. The Mapnik layer is rendered with other computers separately in a different way.
Reason for being historic
The project was a bit out-dated. Developers lost interest, and the host, the Swiss Federal Institute of Technology in Zurich, was no longer happy about the bandwidth usage. Shut down in February 2012. Examples of maps created with it are at Category:Tiles@Home screenshot.
Captured time
about 2016 with some minor modifications 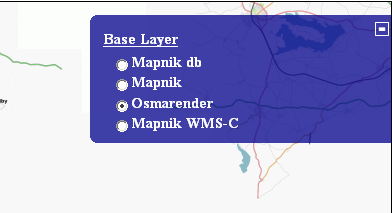