I live in Naperville, IL, United States. I focus on contributions in the Chicagoland area and aspiring big imports/ideas for OSM.

I am an active Wikimedian focused on Wikidata integration with OSM and Wikipedia. See my profile below.

There were a lot of gaps in residential landuse between the 1-mile blocks on the outskirts of the city making this weird contrasting view of the city and all these little blocks with no landuse. The Chicago suburbs at the time in 2020 were some of the most mapped-landuse suburbs in the U.S. 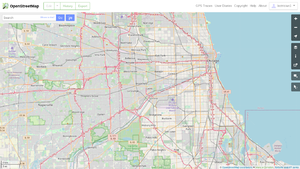 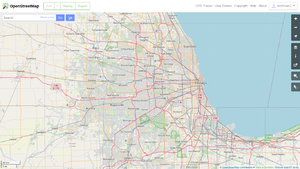 In order of first contribution:

A dataset for all of the Lake County buildings mapped by LIDAR and more accurate than the Microsoft buildings dataset can be imported. As of 29/10/2020 there are this many buildings in Lake County (results from Overpass query for building=*:

and only this many have addr:housenumber:

As you can see, this would be a massive undertaking to go through this many buildings. I would need to split this between multiple people.

The City of Naperville has an INSANE amount of datasets, some of the most detailed I've ever come across. The following are availible:

Other counties in the Chicago area

Parcel maps are available for all counties. They can be used primarily for land use. Of course going through these would be painful. Also parcel ownership and outlines change frequently. A synchronization between the parcels datasets and the OSM database would have to be established. Any specific changes to them could be detected somehow and approved by a human mapper of OSM. This goes for OSM data in general.

My goal is also to find as many building footprint data sets I can for all counties in the US.

I want to contribute