This proposal aims at simplifying and improving the currently flawed tagging scheme for Golf Cart Paths.

Create these features for use on only

The combination of golf=cartpath and/or the access tag golf_cart=*, and a highway=* tag are the suggested tags currently used on all golf cart paths.

See also Previous discussions on this topic and chronology

It's Wiki Tag page Tag:golf=cartpath states that it can be used with:

It also states that golf_cart=* "was approved to be used with highway tags instead of this tag".

Therefore, it recommends "just to be safe", that typical golf cart paths be tagged:

There are extreme variances in tagging conventions for cart paths in golf courses. Most specifically, whether highway=service, highway=path, or highway=track should be used.

This given freedom in tagging is the likely source of these variances. 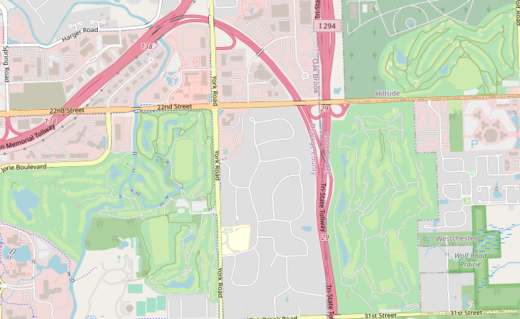 This creates conflicts in:

This proposal aims to condense the tagging down to just to the highway=golf_cart_path tag.

It solves the conflicts noted above by:

Golf Cart paths are specifically constructed for golf carts use in golf courses. As seen from the variance in tagging, they can have similar properties of many highway features. However, it is clear that their use is for golf carts and pedestrians.

This tag is meant only for golf cart paths in golf courses.

If typical types of roads are commonly used/meant for golf carts, the golf_cart=* access tag should be used instead.

The current Key:golf cart is very similar to this proposal. It states that the Key can be used on either highway=service or highway=path.

highway=path was not chosen because:

Why such a long value?

The RFC on the tagging mailing list prompted users to voice their concerns about the terminology of the initially proposed tag highway=cartpath.

The change to the current tag progressed in this discussion:

Why another highway=* value?

We concluded that making a new highway value was best because:

For available use of values.

Similar to how footway=* and cycleway=* have dedicated crossing values, golf_cart_path=* should as well because they commonly cross streets.

Should be tagged on a golf car path way that crosses another highway=* feature.

A shared intersecting node between the golf_cart_path=crossing way and the highway way needs to be created and have the tags:

Because highway=golf_cart_path will be established, it doesn't make sense to have this identical tag.

The rendering below is for highway=track, however I think it looks nicer against the green backdrop than what a service road on osm-carto does. It also is thinner. 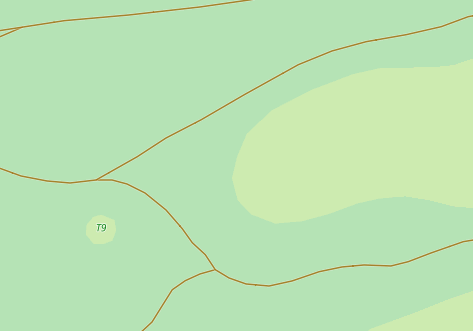 Previous discussions on this topic and chronology