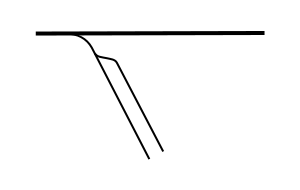 The service tag can be used to mark an Air Traffic Control Tower (aerodrome tower).