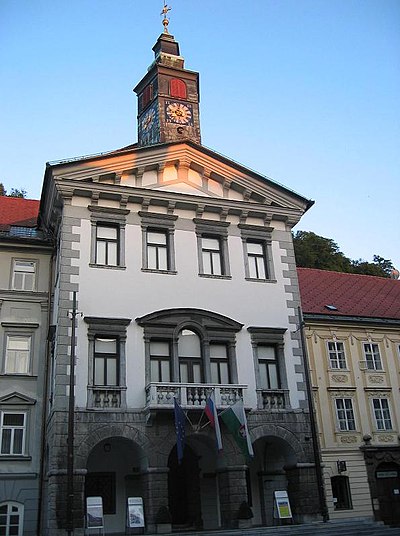 A new landuse=* value for civil government buildings & complexes where citizens or services for citizens are managed. This includes legislative and executive centres, as well as administrative offices for government programs and mixed-use governmental complexes, such as most "city hall" complexes.

Mapping the extent of governmental complexes and buildings found in most towns and cities is very useful, and differentiation of the landuse from landuse=commercial is vital.

Most people think of these government offices or complexes differently than a standard commercial building complex - and are often mapped and labeled differently than standard office buildings or complexes. Correctly mapping and tagging their location is a very basic and common class of landuse that is worth mapping.

Because many of the complexes are multi-building, but usually referred to by a single name, the proposed tag of landuse=civic_admin aides in not only defining the boundary of the complex, but also properly classifying the landuse, and giving the chance for a proper name to be given to the complex, separate from the buildings, in some instances.

Below is a matrix of landuse class values. Although most information in OSM is conveyed by tags on the building or point, general information is easily inferred through the landuse area, and is a vital part of certain specific tagging schemes, particularly retail, commercial, and industrial complexes. Extending this to civic buildings that are usually found in almost all developed towns/cities/capitals is a very helpful extention of the landuse tag.

civic_admin is for mapping the land taken up by a large government administration complex or a singular government building - such as a US Federal Building, a city hall complex, a regional capital, or other landuses whose primary purpose is where citizens interact with government civil service workers or where workers manage civil programs.

What to exclude & limitations

Currently, civic_admin is not intended for buildings used primarily for civic services, military facilities, or to show basic ownership of land.

So it is not for:

Create an area that represents the landuse of the complex, usually defined by bordering walls, fences, and roads. tag with civic_admin. Additionally the name of the complex and the address may be applicable to the landuse.

Map the buildings as appropriate, using building=civic or more specific building tags, then add the name and address if applicable, as well as map other amenities, such as driveways, parking and other mappable features. townhall is one of the few tags for defining the purpose of public administration buildings, but I hope to extend this in a later proposal (either through additional amenity=* key values or a new civic=* key.

For an example of a mixed-use executive/legislative complex on a single landuse, please look at The Gunma Prefectural Government Office (complex)

There are 4 major buildings - an assembly building, a regional capitol and governmental building, a historic capitol building, and the regional police headquarters on a single named landuse.