Use the amenity=kindergarten for establishments offering early years education and supervision (also known as pre-schools) for children up to the age of formal (often mandatory) school education. This tag is also currently used for establishments where parents can leave their young children but which provide no formal education, even though amenity=childcare might be more appropriate.

When a kindergarten shares its grounds with another educational facility, see landuse=education for how you can map such facilities. 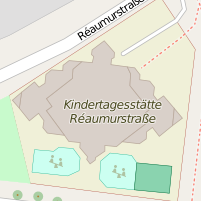 The tag amenity=preschool was not approved - see proposal page.

The tag amenity=childcare is in some use for places where children are looked after by professionals. Its definition is ambiguous since its first proposal was rejected, a second one intended to replace amenity=kindergarten was not brought to voting.