From OpenStreetMap Wiki
Jump to navigation Jump to search
Tag:man made=lighthouse - Other languages

Operational lighthouses show different colours in different sectors (e.g. white, red, green), so the relative direction of the light to the viewer can be approximated. Some lights are positioned behind each other and, when brought to an alignment act as a leading light. Often, lights incorporate radio transmitters, DGPS, radar and other things too. 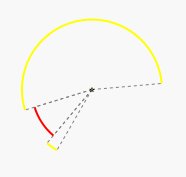