Alternative and other tags

Use this section to submit new secondary tags.

landuse=orchard + fruit=apple. Fruit is a simple tag for the species produced within this orchard. This is a private suggestion by me, added on Oct 25, and not covered by the voting below, but it sounds logical and I wish that some renderers include it into their mapping procedure. --FK270673 14:42, 25 October 2009 (UTC)

Produce(fruit) is implied by tree type. As the page mentions renderers could render based on tree type. --Loshu 07:58, 20 November 2009 (UTC)

For some trees (oaks) the production is not a fruit. I think also that the produce tag would be more common and not reserved for trees. (factories, works...) FrViPofm 22:02, 29 November 2009 (UTC)

I know Variety has a different meaning to Cultivar, but might be a 'variety' be more easy to understand?
Or would it be better to adopt the ICBN Ternary style as optional?--Loshu 07:58, 20 November 2009 (UTC)

I can see how you may be compelled to do that as strawberry fields are not orchards in any sense. However, consider the OSM schema or at least its representation in this wiki. The landuse=farmland proposal is unspecific. It is 'approved', yet it redirects to landuse=farm. So has it been deprecated in favor of landuse=farm? The landuse=farm page talks about "controversies" and suggests we just "get on with it". In contrast, the landuse=orchard page is well organized and reasoned. The tag allows to unambiguously (well, almost) map an area of farmland used to grow a specific crop and have it be rendered a pleasant shade of green. (Doesn't landuse=farmland promise brown shading?) It also lists many berry crops as applicable. Is the difference in the nature of a strawberry, raspberries or blueberry plant that crucial? Just like many "highways" are not highways (parking isles? foorpaths?) do all "orchards" have to be true orchards? On the other hand, it seems that you support the "crop" tag, which is the point of this discussion. I can live with "farmland" if that's a crucial distinction.--Ponzu 18:57, 1 April 2011 (BST)

If we want to make the osm tagging more and more incomprehensible to new mappers than it already is, yes then we should continue to invent ever more tags that mean something completely different than their dictionary meaning. What are we going to call orchards next? Other semi permanent crops like asparagus? --Cartinus 20:27, 2 April 2011 (BST)

I have not proposed landuse=plantation yet, but I can. This proposal is about the additional tag crop=* to be used in conjunction with the approved landuse=orchard or any other farm-related tag, not whether or not strawberries grow in orchards. --Ponzu 06:10, 6 April 2011 (BST)

Should not be in orchard?

Dictonary definitions... will these do?

To me (not the dictionary) a farm is everything but a forest, I personally don't think a forest fits into farm.

Orchards and vineyards are specific types of farms, plantations are farms. This could be just me. Does that help? 03:42, 19 January 2017 (UTC)

The treelist is shown in tag:landuse=orchard and key:trees. I suggest to show the list only in key:trees as it is widely usage in the wiki (e.g. tag:tourism=information, tag:amenity=shelter). The mainpage tag:landuse=orchard will be much more clearly represented. The usage of a template for the tree list can be avoided. The editing will be much easier. The discussion about kind of trees will find a distinct place. --Rudolf (talk) 06:46, 13 May 2014 (UTC)

I propose to use some simplier tagging for special uses.

With these tags we can avoid the additional produce=*. The tagging-scheme will be simple and definite. Everone can use produce=* at will, but it must not be mandatory.--Rudolf (talk) 10:25, 17 July 2014 (UTC)

The key:crop is stongly related to landuse=farmland not to landuse=orchard. The mainpage of "crop=" recommend to use trees=* instead of crop=* for orchards. I propose to remove the key "crop=" from the orchard-page. Otherwise we get a lot of redundand tagging, using "crop=" and "trees=". I prefer a distinct tagging-scheme. --Rudolf (talk) 07:19, 22 July 2014 (UTC)

There is the concept of a "meadow orchard", which is a a meadow with scattered fruit trees or fruit trees that are planted in a field. Streuobstwiese, or a meadow orchard, is a traditional landscape in the temperate, maritime climate of continental Western Europe and described e.g. here: https://en.wikipedia.org/wiki/Orchard#Meadow_orchard_.28Streuobstwiese.29 . Is the term "meadow orchard" known in english speaking countries, or is this simply a (mis)translation from german?

I'm going to remove the very long and detailed section on rendering. If you would like to suggest a new rendering for the "standard" layer style, Openstreetmap-carto, please discuss at the Openstreetmap-carto Github issues page. --Jeisenbe (talk) 12:22, 19 August 2019 (UTC)

No, as in do not remove the section. The rendering suggestion is for all renders. It is a suggestion. Are you going to remove all the rendering suggestions from the wiki now? If so where has the consultation taken place? I would suggest the talk list as this is a universal concern. Warin61 (talk) 00:15, 20 August 2019 (UTC)

I've noticed a number of other rendering sections have been deleted in the past year or previously, when I've looked at the histories of various pages, so I didn't expect this to be controversial.

How about having it here on the Talk page, then? Back in the early days of OSM, it was normal to suggest a rendering when inventing a new feature, when there were very few rendering options available (only one in the beginning) - and the rendering section was created 30 October 2009, last updated in 2012. Now there are hundreds of map styles that use OSM data, and landuse=orchard is rendered in a large number of different ways, so it's misleading to have this section on the main page. --Jeisenbe (talk) 02:51, 20 August 2019 (UTC)

No. I only removed this one because it took up such a large part of the page, and because I was already editing the page anyway. I don't think I've removed any others. Mateusz_Konieczny has removed a few of these sections, if I recall correctly. Most "Rendering" sections show example renderings from the Openstreetmap-carto style (which is ok), or from several different renders (better!), rather than only a suggestion which has not yet been used. Those are somewhat useful, especially the later, which show examples from more than one style. --Jeisenbe (talk) 03:55, 20 August 2019 (UTC)

Some proposals have rendering suggestions. Other wiki pages develop rendering suggestions as time goes by. For someone who wants to render, or see how the thing they are mapping might render these sections are of use. Most mappers are not on gitihub. For someone with poor English language skills these renderings may assist greatly. If it is simply a question of length then put it all here and leave a smaller edited section on the front page with a link back to here for the full story? Warin61 (talk) 04:13, 20 August 2019 (UTC)
I do not remember removing rendering sections, especially systematic. Though I remember removing galleries (bunch of photos without OSM context). Talk page is for talk that sooner or later will be archived. Mateusz Konieczny (talk) 08:58, 21 August 2019 (UTC) 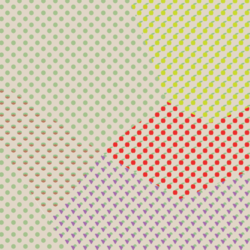 Four renderings of orchards with an alternative rendering of the vineyard

More accurate renderers could render, according to what they implement, green symbols on brown background. E.g.,

Suggestions for creating a new pattern

The section above was an original part of the proposal page Proposed_features/orchard from 2009. The colors mentioned for farmland and forest have been changed since that time.

@jeisenbe, you again cripple the documentation of tags being used based on your personal perspective and preference. crop=* and produce=* are used >4000x with landuse=orchard, thus many mappers find it useful. The world is not uniform. If you take apples as example, while they can grow on trees, they can also be cultivated as trellis/espalier, thus trees=apple_trees would not be applicable while produce is still useful. Thus these combinations are useful. I cannot follow your logic in other cases, you removed produce=latex (507x) but kept produce=truffles (10x).--Polarbear w (talk) 19:20, 8 October 2019 (UTC)

I actually don't particularly like the way the current tagging system has developed, but I'm trying to document the "de facto" way to tag things: the most common tags that mappers are using globally. In practice, the great majority of orchards are tagged with trees=* rather than produce=* or crop=*, even those that consist of herbaceous plants, like trees=banana_plants or short shrubs, eg. trees=tea_plants.

The common tag trees=apple_trees can be used for an apple orchard where the trees are heavily pruned, because the type of plant is still an "apple tree", and in practice trees=apple_trees is many times more common than produce=apple (see link above). In this case the later tag does not add any information, because all apple orchards produce apples.

I kept the original examples from the approved proposal: produce=truffles or produce=cork from oak trees, though personally I don't think that either truffles or cork are orchard products (they are forestry products), and I would probably tag an area of oak trees as landuse=forest rather than landuse=orchard. Other than that example, I have not seen any other cases where produce=* or crop=* is useful when trees=* is already provided --Jeisenbe (talk) 00:38, 9 October 2019 (UTC)