FAQ for mappers encountering these addresses 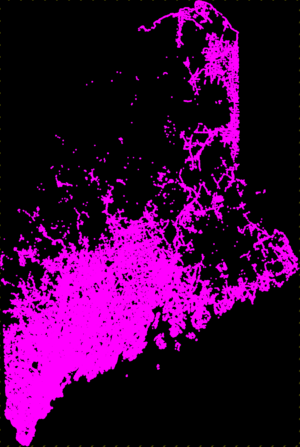 Q: Should I add buildings and then merge address nodes with the buildings?

A: Yes! ~ But don't merge multiple address into one building, best leave those as separate nodes.

Q: Should I use aerial imagery to align address nodes?

Q: Should I delete addresses which seem like they shouldn't be there?

A: Yes! ~ But remember, your imagery might be out of date.

Q: Should I change a tag on an address which seems wrong?

Q: Should I message blackboxlogic about something which might be a serious issue or I don't understand?

Q: Should I worry about messing something up?

This import is COMPLETE

To see activity, review the history of user blackboxlogic+bot

I have formally requesting review of this proposal by channels

Please critique all parts which you have expertise or interest

If there are no unresolved issues, the import will begin in January 2020

I'll be watching for feedback on:

I can be contacted directly by email, OSM message, @blackboxlogic in the OSM US slack, or issues on my github.

Hello, State of Maine GIS data that can be accessed via the Internet without first authenticating as a named user to gain access, is considered information in the public domain. Reasonable efforts have been made to ensure data is complete and accurate at time of publishing, however it is the end user's responsibility to determine suitability for use. Reference: <https://www.mainelegislature.org/legis/statutes/1/title1sec538.html>

Thank you for contacting the Maine Office of Information Technology. Sincerely, Todd M

Many technical details are simplified for this summary. Please get in touch for more detail.

All data manipulation was performed using OsmPipeline (a c# tool I wrote for this import). The import tools and process allow for future imports of updated data without conflict. The following is an explanation of its design and intended use.

This process will be run individually per municipality in Maine (one town at a time). Processing a large town can take a few hours to manually review the change. There are nearly 700 municipalities in Maine, but most are very small. After completing a municipality, I will note the progress.

Only after the change has been reviewed, the user will direct OsmPipeline to commit the change file to OSM's API. The commit author will be OSM user [osmuser:blackboxlogic+bot/ blackboxlogic+bot] using basic authentication. If the commit is too large for OSM, it is broken into pieces, then committed.

This is an early example of the results (covering only Westbrook Maine) which has not yet been committed to OSM. The full import will cover the entire state of Maine.

Here is the Westbrook OsmChange file which is [a sample of] the final product but I found it was not easy to review an osc file. I recommend reviewing the following .osm files which group the changes by change type. They also include the child elements for modified ways and relations (which wouldn't render in JOSM otherwise), and include Review Tags.