Mappa Mercia hosted an event in Birmingham between 12noon-2pm (Saturday 9th August 2014), at Six Eight Kafé on Temple Row (map). We had cake and there was of course be lots on offer from the Café. We were delighted to be joined by a few new faces.

As with recent years we spent summer on tour and winter in the centre of Birmingham:

Andy Robinson will be giving his famous talk about OpenStreetMap at a Coventry Linux Users Group meeting.

The talk, on Tuesday 1st March 2011, begins at about 8pm, though people arrive from before 7pm for a drink and meal. However, there is no obligation to even have a drink.

The venue is The Castle pub, Little Park Street, Coventry (near the Council House, it used to be the 'varsity' pub). To get to the meeting room; once in pub, turn right, up a few steps, turn right again, ahead, then left and straight ahead.

Change register for the region 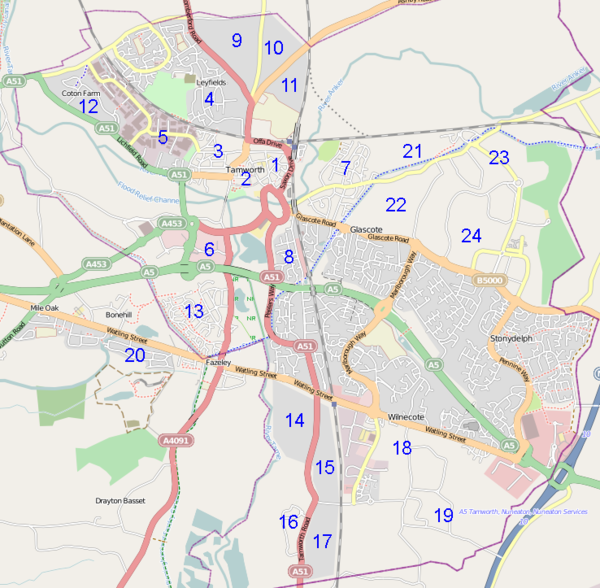 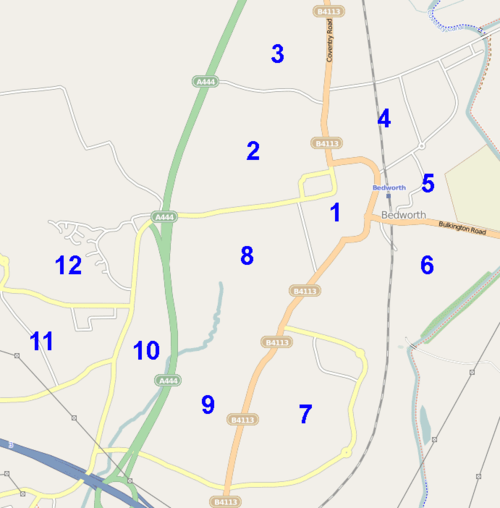 On Saturday 12 June in Atherstone and the surrounding villages.

Trains from Birmingham via Tamworth or Nuneaton, about two an hour.

We met at 10am at the cafe in the Co-op Superstore in Station Street, by the railway station. Lunch at the Red Lion Hotel on Long Street around 12:30 to 1pm. Hotel has free wi-fi. 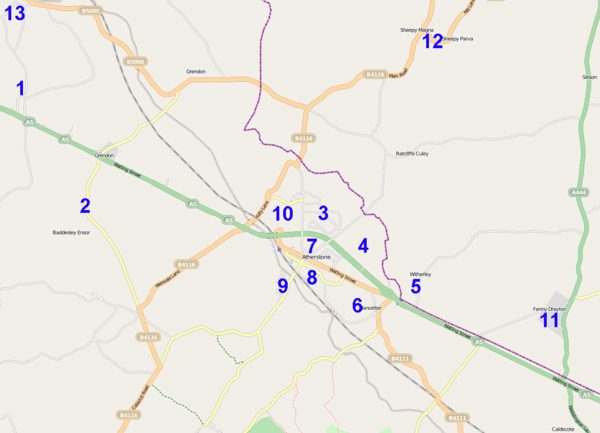 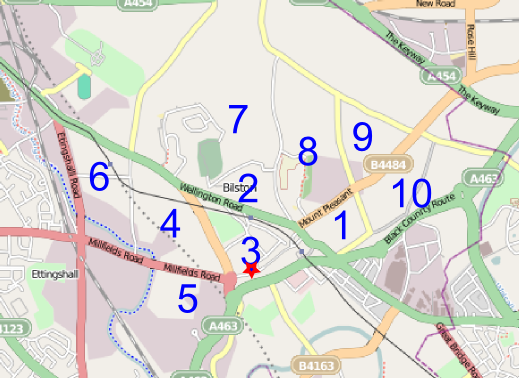 A workshop to develop understanding and practical collaboration between web developers and mappers. How to use OpenStreetMap and how to develop the map. A chance to explore current opportunities arising from open data initiatives: Ordnance Survey mapping and datasets from local and central government.

Programme Basics Better mapping. Using and adding photos. Adding a map to your website or blog

Beyond maps: Accessing the data Examples from OpenlyLocal and uk-postcodes

Numbers up to 20 people at a time

On General Election night we attempted to complete Lichfield which we almost achieved, despite the cold. 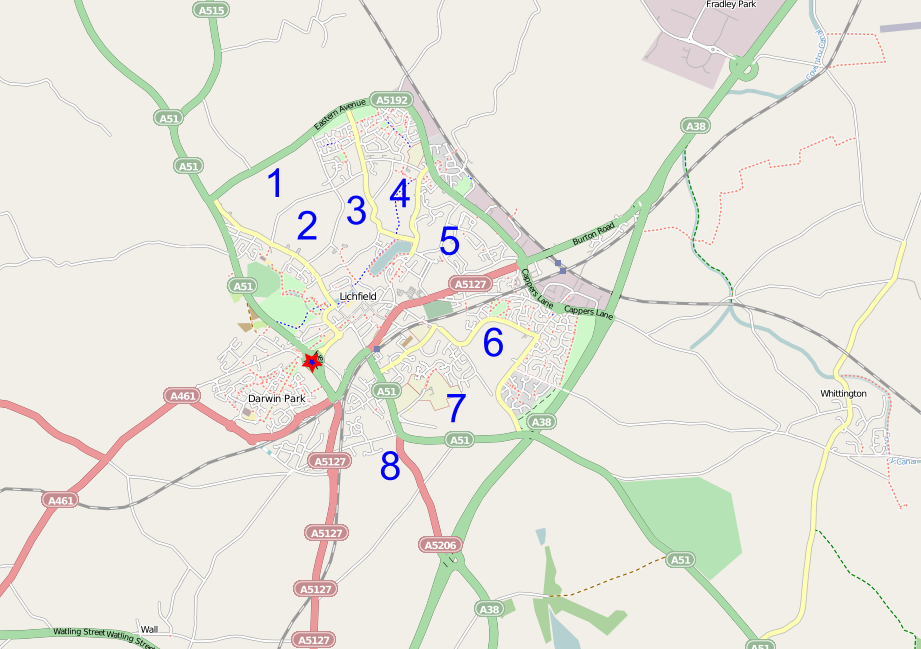 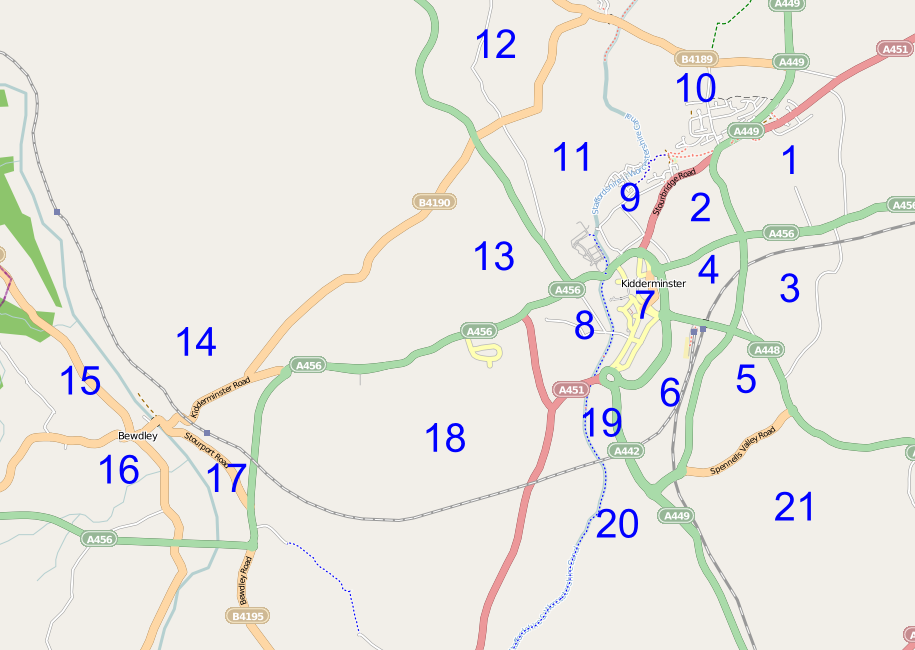 This is the cake: 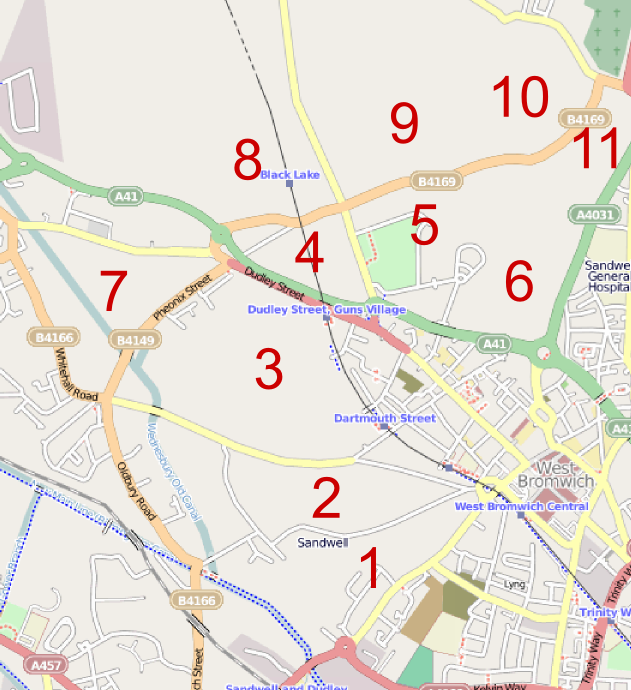 The gathering was a social evening on August 6th 2009 and will be in Warwick which is in sore need of mapping attention Venue is the Roebuck Smith Street [4]. Mapping from 7pm onwards and then we can meet in the pub from 8pm. Food is served until 9pm and main courses range from £7-£10.

This was the cake: 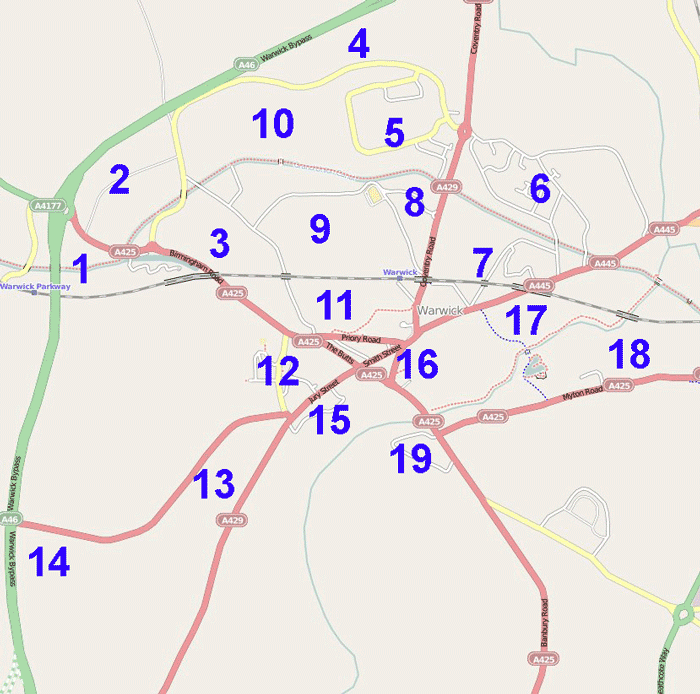 The gathering was a social evening on July 2nd 2009 in Lichfield. Meet at 7pm at The Bowling Green pub, Friary Rd roundabout Map. We will do some mapping from 7 till 8pm+ before heading back to the pub. Its an Ember Inn with food served till 9pm.

This was the cake: 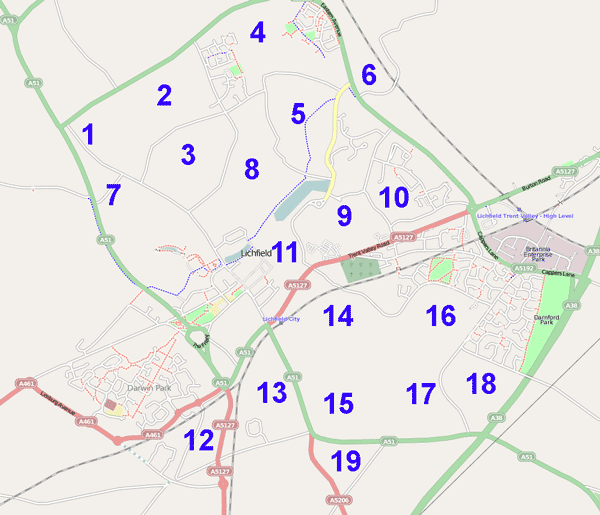 The MUGers in Birmingham set themselves the challenge to complete the city and its wider regions inside the M5/M6/M42 before Christmas 2008. They completed it a few days earlier, and the results are now on OSM. To celebrate this a party render (no longer online) was done of the entire City over the 2 years. There is also a printed map of the completed city available to purchase (limited edition run of 50).

March 19th, 2008 - 19:30 for 20:00 start - RichardF and Blackadder holding a one hour, hands-on, editing tutorial using Potlatch and JOSM in Sutton Coldfield. Followed up with a pint at The Duke Inn. If you have a laptop, bring it along.

Contact Blackadder by email at blackadderajr at gmail dot com for details if you would like to come along, and add your name below. 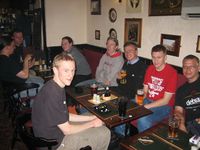 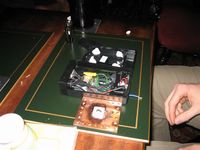