According to the government of Nepal, the major roads are divided into four main categories:[1]

Main arterial routes passing through the length and breadth of the country as a whole.

Important roads that connect District Headquarters with the National Highways.

These are the small roads usually in villages that provide access to abutting (lie adjacent to) land with no movement. Usually, they give access to one or more villages to the District Headquarters.

The following roads forms the road network in urban areas like cities and towns. Sections of these roads carrying very high density are usually oneway (oneway=yes) and intersections are restricted by having a parallel highway=service road to collect local traffic. Major intersections are usually grade separated or are regulated using highway=traffic_signals. For all practical purpose the roads in an urban area can be considered as those roads that are enclosed within designated ring roads or bypass roads.

These roads are usually in the cities. They provide access to abutting residential or industrial properties.

The following roads cater to local traffic movement over short distances and feed traffic into bigger roads. Speed is usually restricted due to narrow widths, high number of intersections or by traffic calming devices like traffic_calming=bump. Access restrictions can be indicated by using the access=* tag.

These roads are meant for pedestrians and cannot be used by motorized transport. Use bicycle=yes and access=* to specify restrictions.

In many parts of Nepal access by 4-wheeled vehicles may be very difficult or impossible. In those places the largest vehicle in use may be a motorcycle. Although a path may be clear on the imagery, it is often difficult to establish for certain whether it is used by vehicles with axles or not. However, it is important to try, as such information is highly useful for on-going humanitarian relief efforts.

The following rules of thumb can be used to decide whether a path can be used by 4-wheeled vehicles: 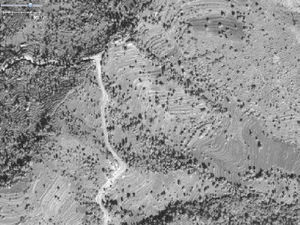 In practice highway=unclassified is usually the best choice. Villagers in rural areas of a poor country are unlikely to be able to afford motor vehicles, and thus the primary functions of the roads are access from the main road network. Longer roads serving several villages may need a highway=tertiary to reflect a more important position in the road network. But often the initial tagging can only be refined once the rest of the highway network has been traced for context.

Sometimes highway=track is used, but in Nepal's classification scheme, it is typically used for agricultural roads. highway=road is sometimes used in OSM to indicate that more data are needed to correctly classify the road, but this is not appropriate when the data is likely to be needed in the short term, as in current 2015 Earthquake.

It is also important to tag unpaved roads as surface=unpaved and to identify river and stream crossings and mark these ford=yes, either as a node intersecting the waterway or as a section of the highway that crosses the waterway. 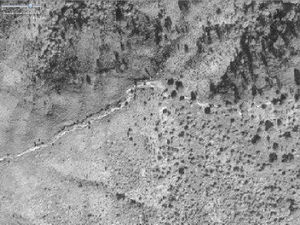