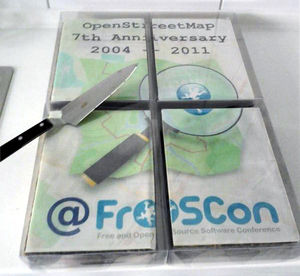 Cake! At the party in St. Augustin, Germany (at FrOSCon)

The OpenStreetMap 7th Anniversary Birthday party is an event which will take place on Saturday, 20 August 2011 in several locations around the world!

Cake at the party in Toronto, Canada

We celebrated in London at the Monkey Puzzle pub. We didn't organise any cake, but we did manage to continue our "meat-up marathon" with a bit of BBQ action!

We are meeting at the Mad Fox in Falls Church, Virginia to drink beer and celebrate. There should be Metro pick-up for those that don't drive or don't fancy a 1 mile walk to the pub. If you do want to do the walk and want some company contact Kate Chapman.

He even organised cake! The awesome cake can be seen pre-assembled in his kitchen in the picture above, and here it is half eaten: 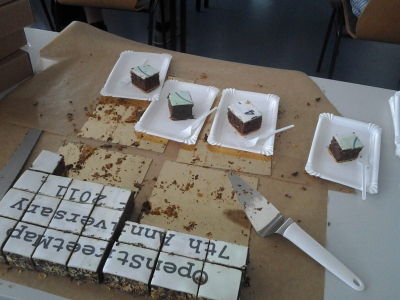 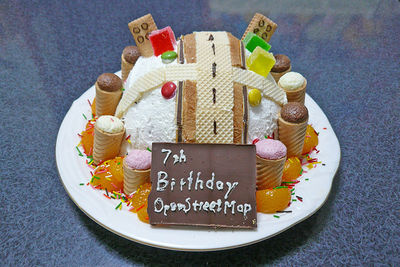