In 2017 the project's birthday, the OpenStreetMap 13th Anniversary Birthday party was celebrated on Sunday, 13th August 2017 in cities all around the world! (Some places had their events delayed or extended for a few days.)

Hopefully the biggest mapping party in the history of OSM, organized by the Crowd2Map Tanzania project. The organizers hope to break the record of 1500 mappers in 24 hours. The event will take place from 11am GMT August 13th to & 11am GMT August 14th. All points added to OSM with #Crowd2Map tag will count towards the goal.

An outdoor mapping party at Thrissur on 13th of August 2017, conducted by FSUG Thrissur. Important locations near Thrissur round will be added and the program will start at 3.00pm.

By the kind invitation of the Charge' d' Affaires at of the Embassy of the Kingdom of Lesotho in Dublin, Friends of Lesotho will join the rest of the world at the Embassy to #MapLesotho

HOT Indonesia will celebrate OSM anniversary by organizing the following: #1) Komunitas OpenStreetMap Indonesia's online community ideathon and #2) Public Mapping Campaign for Alor. Alor is an island located in the mid-south of Indonesia. It is among the 136 priority, disaster-prone districts that is still poorly mapped. Currently there are no building footprints and road networks from that area mapped on OSM. HOT Indonesia will activate a tasking manager and call for its community to help map Alor, to speed up the district's contingency planning creation.

Tirana will celebrate OSM birthday by having some geobeers, talk about OSM and have a great time.

We will organize a small mapping party in District XII, then we will have a traditional birthday party in a restaurant with cake and birthday hats – maybe we'll skip the hats :)

Mapping party (#MapLesotho) organized on the 13th August at the National State Library, from 10am till late

The Brasília community will meet to talk, map and have a coffee. See event details. 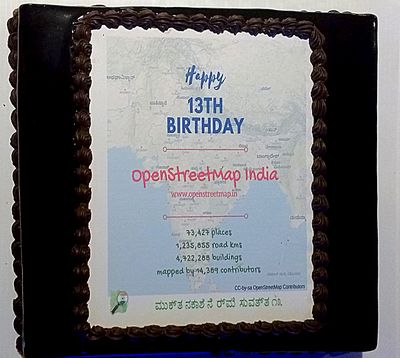 Davao City is celebrating their annual Kadayawan fete -and the MapAmore Initiative is leading a mapa-thon with local volunteers and local agencies to map the fire-fighting assets of the city - #HailHydrant! We're also celebrating OpenStreetMap's 13th year anniversary! See Details and RSVP.

The OpenStreetMap Uganda community members will meet to talk, map and cut cake at Cafe Javas in Kampala.

Join us in person at Caution West brewery or join the remote mapathon (see worldwide). 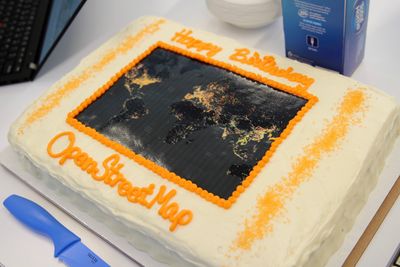 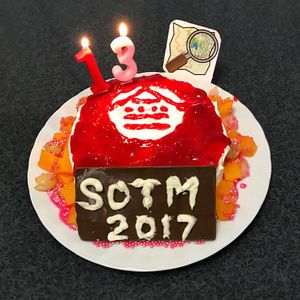