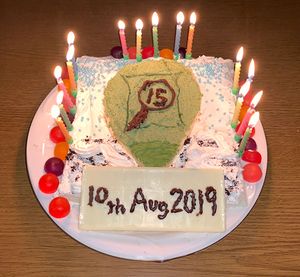 This year the project birthday, the OpenStreetMap 15th Anniversary Birthday party was celebrated on or around Saturday, 10th August 2019 in cities all around the world!

In August 21, OSM Bangladesh Community has celebrated the 15th Birthday of OSM.

An official mapathon was held in response to the celebration of the birthday alongside the OSM worldwide community. With the event, OSM Bangladesh community (BHOOT) declares their unity with the vision and mision of OSM, OpenData practice and OSM Community around the world!

Cakes, and other goodies