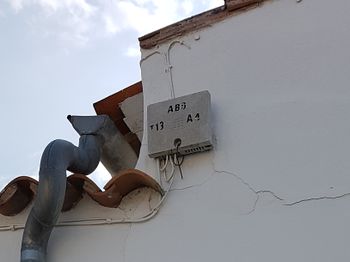 Distribution points (722-12-19) are piece of equipment, often small boxes, allowing to directly connect (without the help of a patch panel) up to 15 individuals and households to a single telecom local loop upstream cable (independently for copper pairs or optical fibre). They are way smaller than an actual telecom=connection_point and often installed in the street, basements or on top of poles. Distribution points are the last connection point on public network toward subscribers.
As possibily visible, permanent and ubiquitous features, it may be interesting to add them in OSM with a reviewed tagging. Several concepts already exists and are useful to define how we can use them: location=*, support=*, telecom=* and telecom:medium=*. See this telecom access network chart to identifiy where a distribution point is located on ground.

Such points can eventually host multiplexers like British DACS to connect several subsribers to a single pair.

It is proposed to introduce telecom=distribution_point to map all those small boxes with their refs and properties.
This key is intended for nodes only.
For sake of precision, relevancy and One_feature,_one_OSM_element principle, each box seen on ground should get its dedicated

, even if several of them share the same pole (which will get its own node too).
For sake of Verifiability, such points installed underground or in private properties shouldn't be added on OSM.

Pretty simple to map: look for such distribution points, put a node on their exact location and tag them with following tagging

There is no reviewed way to tag telecom poles while some of those boxes can be installed on poles actually. You can still use support=pole if you want to state that the box is installed on a pole.

No keys are planned to be replaced in this proposal.

It was approved with 21 votes for and 4 votes against.

I do not think it must be explained that a tag is needed (the mere fact someone has put up a proposal is indicative that there is a presumed need), and absence of discussion at least implies there was no immediate opposition. Voting is not about putting something on the map features page (there is also a usage requirement), but about voicing critique about inherent problems. I also do not see a problem with examples just being from one country (they can be added later anyway).--Dieterdreist (talk) 09:39, 10 December 2019 (UTC)

if the features are not verifiable (in private basements, no public information about the locations available), they should not be mapped, OK, but the things on the pictures (I have such boxes in "my" road as well) are clearly verifiable. --Dieterdreist (talk) 09:39, 10 December 2019 (UTC)

If the distribution point is underground, how is a mapper suppose to confirm it's location and function? --Jeisenbe (talk) 19:19, 10 December 2019 (UTC)

usually because there is a cover with things written on it. Underground infrastructure in the street is typically accessible for inspection and maintenance. —-Dieterdreist (talk) 22:59, 10 December 2019 (UTC)

Thanks to spent time to write down your opinion here. Argument about the lack of street cabinets vs distribution point sounds like we'd better mapping city halls before adding houses adresses numbers. In practice, the two are useful and our semantic taxonomy has to reflect their differences Fanfouer (talk) 18:00, 15 December 2019 (UTC)

Thank you for voting. Don't we need an appropriate tag for the first we'll find on public space? Voting no doesn't prevent anyone to map them if they want to. Fanfouer (talk) 22:50, 18 December 2019 (UTC)