One feature, one OSM element

From OpenStreetMap Wiki
Jump to navigation Jump to search
One feature, one OSM element - Other languages

An OSM element should represent a single on-the-ground feature once and only once. Examples:

Situations where multiple elements may be needed 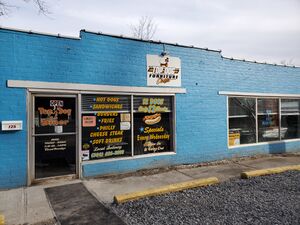 This principle is not absolute. As a matter of practicality, some features are represented more than once, because of nuanced semantic differences between node/way/relation representations of a feature, or because different kinds of data consumers have very divergent needs, or to preserve backwards compatibility with existing data consumers during a transition period. Examples include but are not limited to:

The principle one feature, one OSM element concerns nodes/relations/ways, and not tags.

Some objects may have multiple tags describing the same thing. For example both waterway=riverbank and natural=water + water=river have exactly the same meaning.

Such double tagging is not going against this specific rule. Depending on situation it may be acceptable (so both tags should be kept), clearly unwanted, or something in between. E.g., contact:phone=* + phone=* with the same info will keep supporters of both tagging versions happy, and there is no support to deprecate either one. But sometimes one tag is clearly standard and it will be OK to eliminate its duplicate. For example in amenity=police + emoji_encoded_tag=:cop: , the second tag may be safely deleted, and indeed deleting it would improve OpenStreetMap.

Note that in the case of linear features like waterway=river, the name=* tag should not be repeated on river areas (like natural=water + water=river), it only goes on the river line.

The same applies to area:highway=* and highway=* - tags such as name=* should not be repeated.