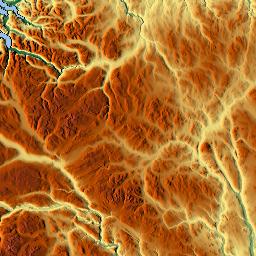 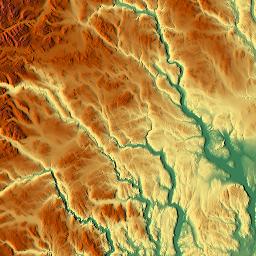 Relief maps are maps with each pixel colour-coded according to the ground height and/or slope at that location. Generally height is shown in a combination of three concepts: contours, colouring and shading.

Since there are many algorithms to interpret the height data sets (DEMs), and different purposes have different algorithms, data from such sets should NOT be uploaded to OSM (e.g. no ele=* tagging of nodes from SRTM data, or adding contours as ways)! 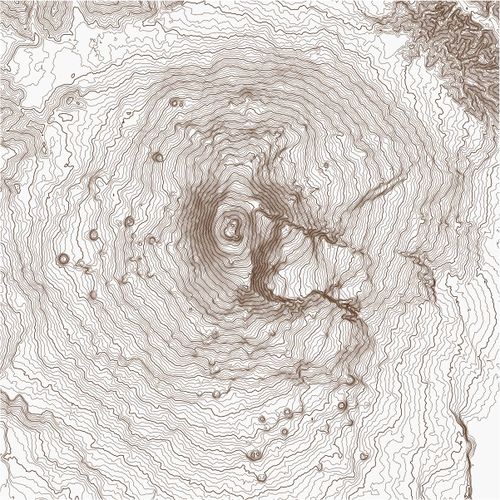