It has been proposed that this page be deleted or replaced by a redirect. See the discussion page for further information.

The OpenStreetMap front page (a.k.a "The Map") has really stood the test of time in many ways. It was designed in a bar in London by Tom Carden in about 2006 and the CSS and HTML were done by Mikel Maron from that. Maybe it's time for a refresh. So the point of this page is to gauge if there is a need to refresh the front page and get it to communicate better and move design elements around or just leave it be. Feel free to hack on this page.

Note that there are plenty of other Minor UI Fixups needed elsewhere throughout the site (That's before we even consider the UI of the editing software).

Should the Front Page be redesigned?

If so, what should change?

What's good about the existing page?

What could be improved?

What design elements should be in the page?

I think this belongs in 'view map', you wouldn't think of sharing a link as exporting and it needs to be more prominent. TomChance 13:47, 3 March 2009 (UTC)

Agreed, it should be in the main place for browsing the map, and easily identifiable. I also go with changing “permalink” wording to “permanent link”, “link”, or “share”.—Sward 21:42, 3 March 2009 (UTC)

What layout/colour schemes should be used?

The other thing we can improve is OSMs search ranking (Search Engine Optimisation). If you search Google etc for "openstreetmap" you have no problem... but there are other words or phrases we could optimise the front page for like "free maps" or "make map".

Do we want to optimise for some other search terms?

We need to get https://gazetteer.openstreetmap.org/ working as an interconnected list of nodes with maps surrounding each one. That way people will find OSM when searching for things on the map, not just searching for "a map". --Rjmunro 14:02, 5 March 2009 (UTC)

Higgy 18:36, 8 March 2009 (UTC) Google Trends should help answer this. As 'free map' and 'free maps' are most popular by a long way it's best optimising for these. Get the terms into meta tags (title, description, keywords), a couple of paragraphs of text, h1, h2, etc.

User:Steve asked CloudMade designers to have a quick hack around with the front page to see what it might look like. If we build a consensus then we can put a design brief to them and get something really nice out of it. Feel free to comment on what's good/bad about these hacks: 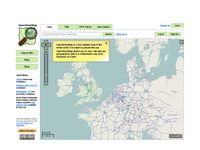 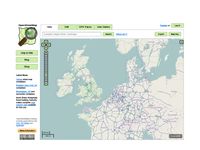 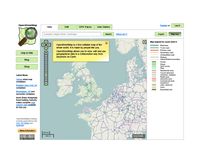 All at the top 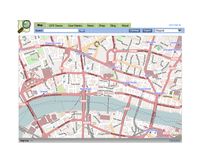 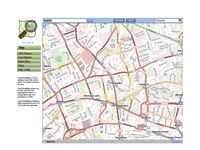 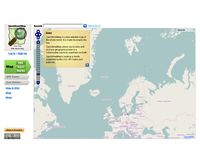 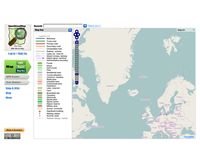 Design from User:LastGrape with live mock-up and accompanying blog post (and comments) 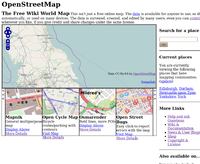 Ben's redesign as explained on the forum, including a different logo. 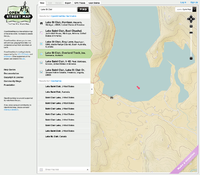 Portal design similar to russian and german designs and the original osm3col. - No map! Overview of OSM for newcomers. Map is one click away 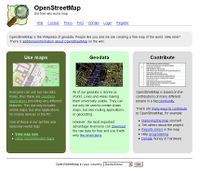 'Thin top bar' is the best. It's a nice and clean design with a lot of space for our map. However it needs a link to the wiki, the layer selector should stay where it is currently (to keep the Openlayers look&feel). It should be investigated if it looks good to move the items in the bottom bar to the top bar to free even more space for the map or as an alternative display information about the item under the cursor in the bottom bar (this might put a big load on the server and should carefully considered). Perhaps the edit button should instead be a Tab next to "Map" to keep it wikipedia-like. "GPS Traces" could be hidden somewhere. --R2D2 12:02, 3 March 2009 (UTC)

The closeable yellow box with intro text is an interesting idea, because it would solve one of the most pressing problems, that the sidebar uses too much vertical space (You only see this problem when not logged-in). Obviously it should not appear when logged in, and also when passing parameters for showing a particular map. Trouble is, despite these measures, I imagine it might end up being annoying for regular vistors / OSMers. -- Harry Wood 12:03, 20 March 2009 (UTC)

I share Harry's concern, but think the problem can be solved if the box only pops up when you visit the page without any path after the host name and it remain closed (by setting a cookie) the first time the user closes it. Then you'd only have to see it once per computer/browser and you could still send location URLs to people without annoying them. -- Einarr 13:09, 29 July 2009 (UTC)

My favorite, personally, is the first row, it's not a drastic change, but it adds some nice color, and it keeps the Wikipedia layout. It was mentioned you wanted "Wikipedia-layout, OSM colours" -- Adrian L C (new developer)

I've created several mockups of another GUI layout for the map layer specifically (not so much the remainder of the site), I don't want to hijack the page so I'll post it below; If there's a set that's liked, I'll be happy to slice and export it as early as within the week. The only major programmatic changes that would be required are moving around the buttons to compensate for the overlap they would have (imagemap?) the the possible addition of the "joystick" ball in the middle of the buttons, which might be used for freescrolling (a la 'Bing' maps) -- Ken Vermette (also new, HELLO EVERYONE!! :D ) 11 August 2010

Hi Ken. Welcome! It's a good idea to focus on one particular element, because I think we may end up making iterative improvements to the front page design, rather than any big bang redesigns (possibly), and so design ideas like this could be considered separately. There are other more radical ideas for showing different layers on the page more prominently. Maybe one step at a time is a good idea.
The existing layer and zoom controls are implemented as part of OpenLayers, so I guess the suggestion of a freescrolling joystick control would be one to put to the OpenLayers developers (a separate but overlapping developmer community)
For something we can easily drop in to the osm front page what we'd actually need is an OpenLayers 'theme' I guess. At the moment we use the default OpenLayers theme with dark blue controls. Another nice one is this black theme from mapbox.com. Beyond the minor flower arranging considerations here, I particularly like their re-design of the '+' symbol. I think it shows the layers idea better. As a really minor step, we could adopt that but in blue.
-- Harry Wood 19:10, 5 November 2010 (UTC)

Some real changes were actually made. A couple of months back we made this transition:

...and the data layer is currently accessible off the edit tab drop-down instead

Updated again since. We're now using leaflet not OpenLayers, so we use the leaflet version of the layer picker. Also the tickbox for 'browse map data' is back over where it was before -- Harry Wood 23:10, 24 January 2013 (UTC)

I have written a guide for blind users to download OSM XML Exports for use with LoroDux navigation from the Front Page using a screen reader. There is a problem to access the frame with the search result with the most common Screenreader JAWS. I am in contact with a JAWS developer and hope I can soon report how to fix the page so that it becomes fully accessible. If you have any questions, contact me. --Lulu-Ann 14:17, 10 June 2011 (BST)