From OpenStreetMap Wiki
Jump to navigation Jump to search
Advertising, information signs and guideposts in Uganda - Other languages 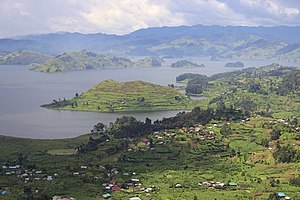 We distinguish, describe and give conventions/guidelines on how to map them properly on the following types:

Generally, the keys used and their possible values are:

In Uganda we follow the approved tagging scheme described in tourism=information with the key information=guidepost.

A proposal or apporved tagging scheme on OSM for tagging street name markers does not exist. Different solutions are used in different countries, due to the different formats of how to mark street names in the field. In Uganda there is no consistent or official way for the marking of street names. The following table is a proposal how to tag the different formats so they can easily be identified in the field and on maps. They are used to mark the start and or end of an officially named highway, so therefore we use the common key marker=*. To distinguish or detail the marker additional tags may be optonally used as described below.

at the exact position and tag with the values described in the following table. Please do not tag a crossroads or a node on a highway.

For detailed and micro mapping the following tagging scheme can be added:
Relation:destination_sign is used for the complete description of the signpost. This is a complex tagging scheme as it requires its own relation with at least three members for the direction the sign points to.

For signs pointing containing additional symbols, the tag destination:symbol=* could be used. So far we have not found any in the field.