What is this all about 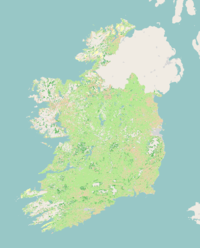 The Corine Dataset intended for import

It is intended to import Corine Land Cover data from the 2006 Corine data set into OSM in the area of the Republic of Ireland. This data set provides much richer land cover data than can be manually surveyed, and forms a good basis for more detailed local area mapping.

The licence under which Corine data is published requires attribution only and has been verified to be OSM-compatible in other countries in which Corine Imports have taken place or are planned. These countries include France, Romania and Poland.

The Corine Land Cover project (CLC for short), provides, free of charge and with no licensing restrictions data about land cover in ESRI shapefile format for most of Europe. The data set consists essentially of tagged polygons. Polygons are split into about 45 categories, not all of which are relevant to Ireland.

Corine data are made available as ESRI shapefiles, one all-Europe file per land cover type. These have been cut down to the Ireland bounding box and merged into a single shapefile, then converted to .osm format using ogr2osm. The output of this conversion contains a large number of duplicate nodes (about 6,000) and a smaller number of overlapping ways. These have been corrected using JOSM and an import candidate file prepared.

The mapping of Corine layers to OSM tags was performed using the translation facility of ogr2osm, and is largely consistent with the Proposed Corine Tagging Scheme, but with some layers given provisional tagging not part of that proposal. A full tag mapping is visible at http://maps.openstreetmap.ie/~mackerski/corine/corine.py

The import will be performed using the Upload.py suite of scripts. These allow optimal ordering of the uploaded data so that, for instance, nodes are quickly used to make ways rather than left unused until the tail end of the import process. Since the import is slow (nearly 3 days on the test server), the risk is too high that the nodes unused for such a long time would be "cleaned up" by well-meaning mappers or bots.

The land cover data accuracy is, in subjective terms, of higher quality than can be traced from Landsat imagery but much less detailed than can be managed using high-resolution imagery or ground survey. This means that no fixed assumption can be made as to how best to deal with cases where an imported land cover polygon overlaps one already in OSM.

Currently in OSM, land cover is very sparsely mapped, meaning that the Corine import will represent a large improvement in the Irish map. The current proposal is to perform the import without attempting to avoid overlap with existing elements - such elements are fairly localised and can, over time, be de-duplicated manually. The table below summarises the main types of elements currently in OSM that will become overlapped with Corine data, along with comments as to whether Corine or existing data are likely to be better for both alignment and detail:

Northern Ireland and the Border

An annoying feature of the import is that Corine data for the UK are not yet processed and available for download. This means that this import will be of land cover only in the Republic of Ireland, making it likely that a future import will have to be careful of overlap along the border. Our import data set seems (with one exception, see below) to follow the border pretty accurately, so it is hoped that the UK data set, when published, will fit into place rather nicely. A side effect of the missing data is that we can adjust the (currently very rough) border in OSM to match the Corine boundary - keep in mind, though, that those border road crossings for which we have ground surveys are more accurate than Corine and these should be considered definitive.

The Border follows a very unusual route in an area south-west of Clones, giving rise to an almost-enclave of County Monaghan sticking into Fermanagh. In this area, the road from Clones to Belturbet crosses the border many times, alternating number between N54 and A3. This almost-enclave is missing from the Corine data set, and will, presumably, be provided at the same time as the UK data set. For this reason, it is important that we not adjust the border in OSM at this location.

To end-to-end test the import process and to allow for users to play at editing a map containing Corine data, a test instance of the OpenStreetMap site (complete with slippy map, API and Potlatch) has been set up:

A test import of the data has been performed on this instance. The slippy map displayed helps to visualise what the rendered map will look like, though it should be noted that the map tiles it is serving are actually from another box, so any edits you make on this test instance will not be reflected on the map.

Anybody wishing to make test edits on apidev2 may do so, but will need to register first with the usual OSM signup process, but carried out on apidev2. It is not possible to sign up using a username already in use on the real OSM (not even your own), so pick a new ID for testing purposes. Also, although the server is secured, it is not recommended that you choose an important password that you use elsewhere.

An important thing to understand before doing the real import is how everyday mapping will be affected by the addition of so much new data to the map. Many parts of Ireland are very sparsely mapped, and it is certainly easier to map in empty countryside than in areas with lots of nodes and ways. New or occasional mappers could become intimidated by the need to work around the land cover data. In addition, the imported data polygons are implemented as multipolygons rather than simple closed ways. Although there are good reasons for this, many mappers are not experienced with multipolygons and should consider how they will maintain such data, how to update it or correct it based on their local knowledge.

So while test editing, try to consider answers to the following questions - and if you have concerns, discuss them on the mailing list before the import so the community can help address them:

There are other zoomable slippy maps showing:

A setback to the preparation occurred due to poor Mapnik performance. This was traced to a single pasture land cover area covering most of Ireland. Removing this fixed performance problems with PostGIS import and with the Mapnik rendering. We have now split this large area into 1552 more reasonably-sized pieces.