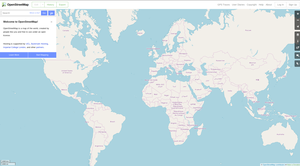 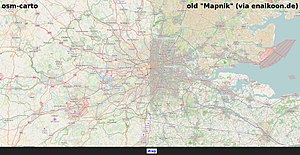 For example, a small leisure=park area will be rendered over a larger landuse=residential area.

There is also a separate overlay layer containing, for example, tree symbols for forest landcover. This layer is rendered over landcover fill.