From OpenStreetMap Wiki
< User:Ianlopez1115
Jump to navigation Jump to search
This page contains concluded, ongoing, recurring and planned OpenStreetMap-related tasks and projects undertaken independently by this contributor or by collaborating with other contributors. 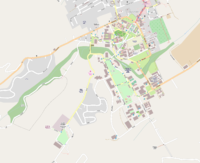 One of my recurring tasks is to provide the UP Los Baños community with the most complete digital map of the area. Most edits in the area were undertaken between 2009 and 2017 Screenshot taken on October 31, 2010

Note: Assuming that instances of the so-called 2012 phenomenon and similar/related phenomena do not happen, these tasks will push through as scheduled.

Places where I'd love to go and map