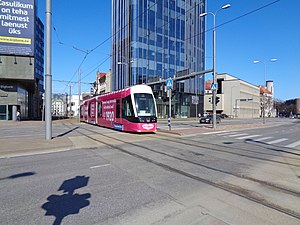 A crossing is a junction between two paths or highways intended for different modes of transportation, potentially requiring traffic to stop to let other traffic pass. Although intersections generally do not have explicit tags, several kinds of crossings have the explicit tags below plus a variety of additional tags describing the crossing.

In American English, a pedestrian road crossing is called a crosswalk if it is either marked or signalized.

Use the following tags to indicate the location of a crossing:

There are ongoing proposals for other kinds of crossings:

Street crossings are classified by the presence of traffic control devices regulating the movement of traffic at the crossing. Tags for classifying crossings have historically grown organically, but there were two formal attempts at standardizing the tags. All of these tagging schemes are in widespread use in OpenStreetMap but have incompatible semantics:

Popular editors have implemented a mix of these schemes, often incompletely.[6] Mappers in some regions prefer one scheme over another. As of March 2022, OSM2World is the only data consumer known to make any distinctions based on these tags.[7]

Some schemes are able to express more common configurations of crossings than others:

Railroad crossings use subkeys of crossing=* to indicate the presence of certain warning devices:

An uncontrolled railroad crossing – that is, one lacking any of these warning devices – is sometimes tagged level_crossing=uncontrolled. Formerly, level_crossing=* paralleled the 2008 proposal for street crossing classification; however, most of its values are now deprecated.