This is a HOT activation in the Philippines

Tropical Storm Megi (Philippine Local name: Juan) is the first typhoon of 2010 in the Pacific Basin to achieve "Super Typhoon" status, and the first in the Western Pacific after Nida in 2009.[4] It is also the first tropical cyclone since Hurricane Wilma of the 2005 Atlantic hurricane season confirmed to have a pressure below 900 millibars. Megi was also the strongest storm thus far in the 2010 Pacific typhoon season, and thus far is the strongest tropical cyclone recorded worldwide in 2010, with a pressure of 885 hPa (mbar). It made landfall early on October 18 in northeastern Luzon at Sierra Madre becoming one of the strongest storms ever to make landfall anywhere in the world.

Barangays in the municipality of Ilagan, Isabela

Roads and bridges are also impassable due to the floods: 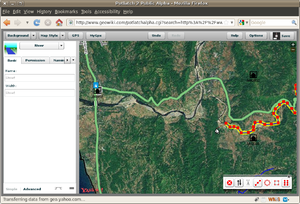 No imagery is available in the area, other than landsat. 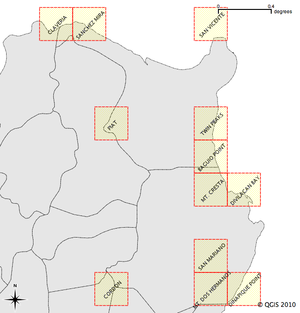 The 1:50K topo maps are copyrighted to NAMRIA. Leonard Soriano manually scanned them and gave permission to OSM for tracing ( talk-ph thread ). Original scans are available below:

NOTE: These are the Spot5 Color images around the affected areas. Will require further investigation to prioritize which of the images should be requested